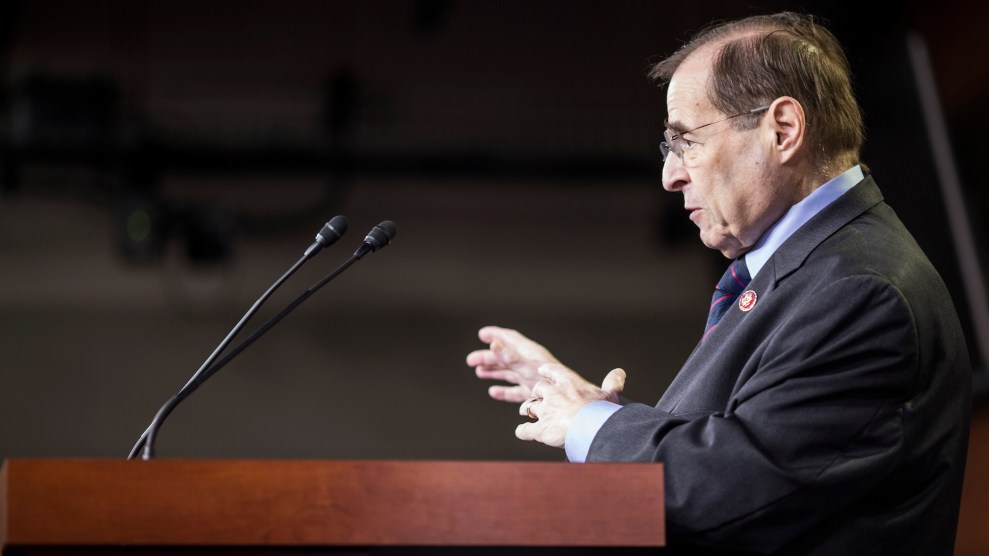 House Judiciary Chairman Jerrold Nadler said Thursday that he will subpoena a full, non-redacted copy of special counsel Robert Mueller’s report. The New York Democrat also said that Attorney General William Barr misrepresented the report in a Thursday morning press conference and argued that Barr has shown “an unsettling willingness to undermine his own Department in order to protect President Trump.”

Nadler said that contrary to public reports, the Justice Department has not yet turned over to the Judiciary Committee a version that’s less redacted than the one Barr released publicly on Thursday. “Because Congress requires this material in order to perform our constitutionally-mandated responsibilities, I will issue a subpoena for the full report and the underlying materials,” he said in a statement Thursday afternoon.

Nadler said Thursday that Mueller’s report “outlines disturbing evidence that President Trump engaged in obstruction of justice,” noting the report’s finding of “substantial evidence” that Trump tried to prevent an investigation into his campaign and his own conduct.

In the report, Mueller declined to reach a conclusion about whether Trump had engaged in obstruction of justice, citing in part a long-standing Department of Justice opinion that a sitting president cannot be indicted. Still, Mueller made clear that his investigation did not exonerate Trump, writing that “if we had confidence after a thorough investigation of the facts that the President clearly did not commit obstruction of justice, we would so state. Based on the facts and the applicable legal standards, however, we are unable to reach that judgment.” Mueller further noted that a president “does not have immunity [from prosecution] after he leaves office.”

Nadler charged that the the Mueller report “directly contradicts several statements” that Barr made Thursday. These include Barr’s claim that the White House had “fully cooperated” with Mueller’s investigation. Nadler noted that the “report makes clear that the President refused to be interviewed by the Special Counsel and refused to provide written answers to follow-up questions; and his associates destroyed evidence relevant to the Russia investigation.”