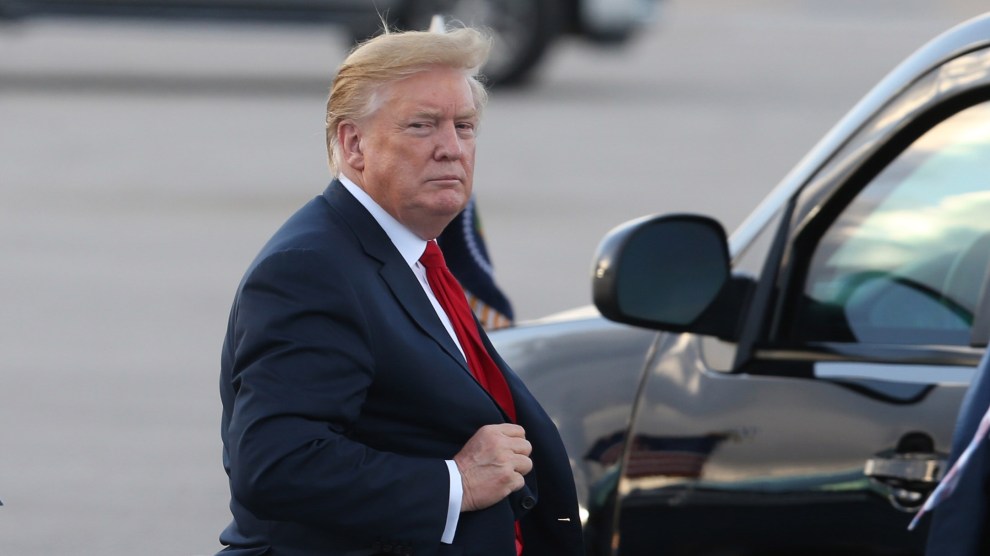 President Donald Trump botched his initial statement about the deadly bombings in Sri Lanka on Sunday morning, tweeting that the death toll was in the hundreds of millions.

“Heartfelt condolences from the people of the United States to the people of Sri Lanka on the horrible terrorist attacks on churches and hotels that have killed at least 138 million people and badly injured 600 more. We stand ready to help!” Trump wrote in a tweet that was left up for at least 20 minutes before he corrected the number to 138, according to CNN’s Brian Stelter.

This embarrassing error was up for 20 minutes before being deleted. pic.twitter.com/pXSwRG6Qbp

Before noticing the error and taking the tweet down, Trump then tweeted to wish the country a “Happy Easter.”

Happy Easter! I have never been happier or more content because your Country is doing so well, with an Economy that is the talk of the World and may be stronger than it has ever been before. Have a great day!

Trump’s condolences come in the wake of a brutal series of bombings at luxury hotels and churches in Sri Lankan cities of Colombo, Negombo, and Batticaloa on Easter Sunday. The latest reported death count estimated that 207 people had been killed in the blasts.

Police have made a handful of arrests, according to CNN, but no group has yet claimed responsibility for the attack.