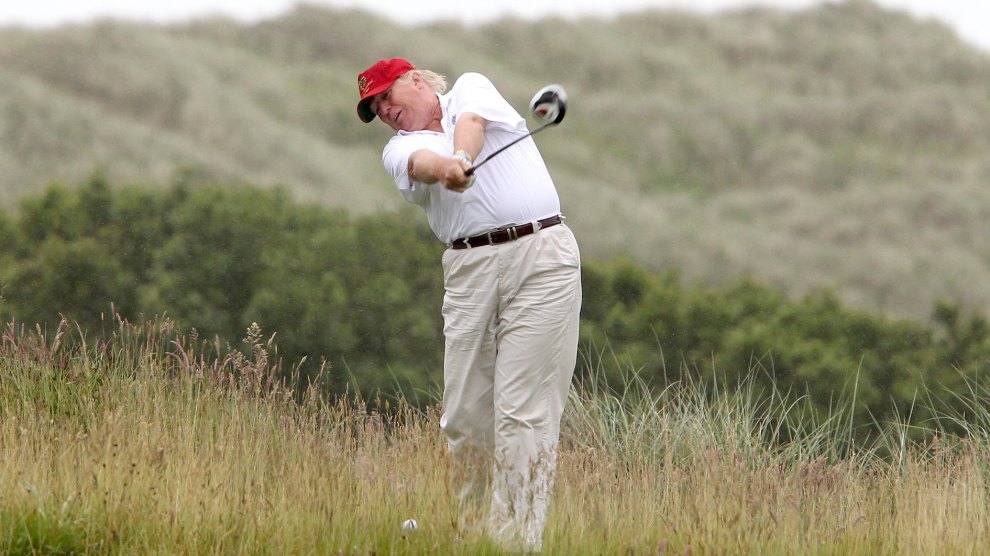 An Irish government source with knowledge of ongoing discussions told CNN that the White House is insisting the Irish prime minister, or taoiseach, Leo Varadkar, come to the President’s golf course in Doonbeg to host a meeting between the two leaders.

According to the source, “The Irish government feel that protocol dictates that any event theyhost for President Trump should be at a venue of their choosing and certainly not at an hotel owned by Trump.”

“It is a bit unseemly to demand that the taoiseach host President Trump at his hotel,” the source said.

The source says White House acting Chief of Staff Mick Mulvaney, the grandson of Irish immigrants, is deeply involved in the negotiations and is insisting that the prime minister come to Trump’s golf course.

Ireland has countered by saying the country’s leaders could go to a nearby castle that Trump doesn’t own, but still have breakfast at the president’s resort. The White House isn’t compromising and is reportedly threatening that Trump will go to one of his golf courses in Scotland instead.

While meeting with Varadkar in Washington in March, Trump said he would be heading to Ireland sometime this year. “It’s a special place,” he said. “And I have a very warm spot for Doonbeg.”