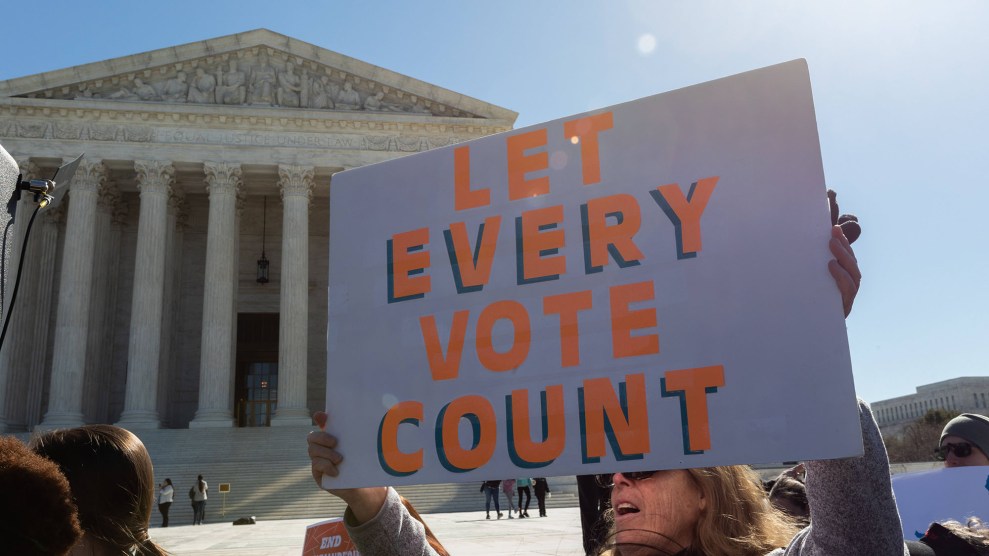 The Supreme Court issued a ruling Thursday finding that partisan gerrymandering can’t be blocked by federal courts, effectively allowing state legislatures to draw district lines in such a way as to disadvantage either political party. On Twitter, the 2020 Democratic hopefuls pounced on the opportunity to weigh in.

This is a disgrace. Partisan gerrymandering guts the most sacred principle of our democracy: voters choose their representatives—not the other way around.

We can't rely on the judiciary to defend our values. We need Clean Elections and fair redistricting. https://t.co/d8PZe5H5wA

This is a disgrace and an insult to our democracy. https://t.co/blc6Ycl6uk

The Supreme Court's decision is an abomination. Five Republican-appointed justices gave the green light to partisan gerrymandering—which lets Republicans pursue their extreme agenda without accountability to the people. It's bad for our democracy and we need to fight back.

Still other candidates pointed out that gerrymandering can be used to weaken the voting power of communities of color.

Today, the Supreme Court gave Republican politicians across the country the approval to rig our democracy and suppress voters with racist, gerrymandered maps. This is is not what democracy is about. We can take back power by registering and mobilizing new voters. https://t.co/JBIgSO2kmh

#SCOTUS has ruled AGAINST adding the #CitizenshipQuestion to #Census2020. This is a major win for democracy, but the fight to ensure every voice is heard is not over. We must continue reassuring communities of color that census participation is safe, important, and necessary.

Voters should be able to choose their politicians, not the other way around. Disappointed in today's Supreme Court decision. As president, I'll pass a new Voting Rights Act, which would end partisan gerrymandering once and for all. https://t.co/5bvsy0wbhu https://t.co/PyROrCrike

My plan to fix our democracy and return power to people would end partisan gerrymandering designed to draw people out of their democracy—and ensure 35 million additional votes are cast in 2024. Read it here: https://t.co/Hf94dosadx

Others made broader statements about the harmful consequences of the Supreme Court’s decision.

Politicians shouldn’t be able to pick their voters, voters should choose their representatives. The Supreme Court's gerrymandering decision will have drastic consequences for the future of our nation. As president, banning partisan gerrymandering will be a top priority.

Voters should choose their representatives, not the other way around. Coloradans overwhelming supported and passed amendments to create an independent commission to draw political boundaries. Today's #SCOTUS decision does not reflect the true spirit of American democracy.