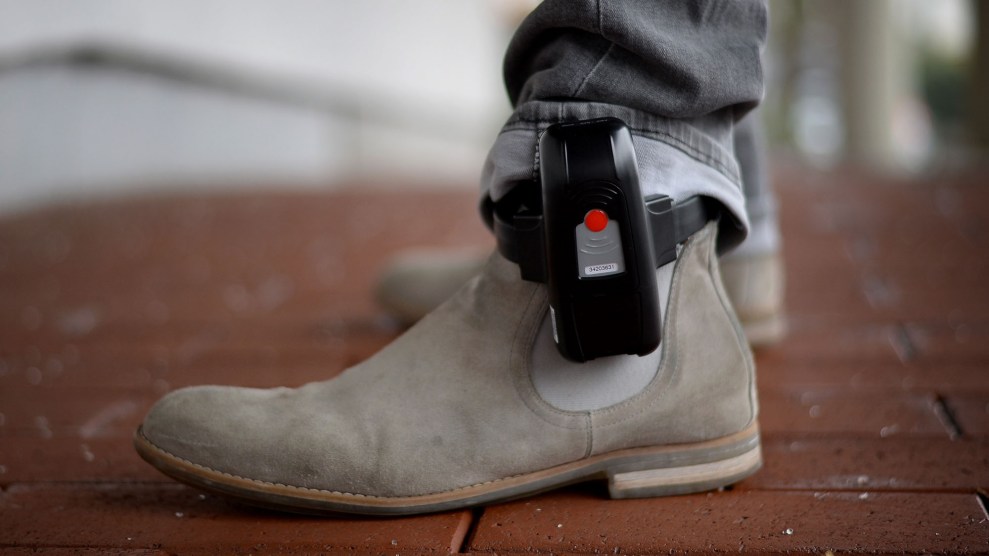 Three years ago, during Brandon Greene’s first week working as a lawyer in a new clinic affiliated with the East Bay Community Law Center, he was handed a stack of cases to review. Each involved a client who was struggling to pay down the fines and fees that easily accumulate in California’s criminal justice system. It was his job to help. A handful of the cases were so old that he couldn’t find current contact information for the clients. He quickly realized that “some of those folks,” even if he did reach them, “could not get back on their feet at all”  because of their debt. “The folks who were being affected were mostly indigent,” he said. “Everything costs money. Every program costs money. And a lot of folks can’t afford to pay these things.”

Now, there’s a chance they won’t have to.

This year, state Sen. Holly Mitchell introduced SB 144—the Families Over Fees Act—which would eliminate many administrative fees and discharge billions in debt, according to estimates from backers of the bill.

Stephanie Campos-Bui, a supervising attorney with the policy advocacy clinic at the University of California-Berkeley, joined forces with Greene to come up with policy solutions. First, she had to understand the problem. “You ask [a county], what’s your fee schedule? What can a person potentially be charged? And they can’t even tell you,” she said. For nearly two years, she’s tried to answer it herself.

The work was complex. Fees vary by county and are often byzantine. They can manifest as a $30-a-day charge for an ankle monitor in San Mateo, or more than $1,000 in Butte County for court-mandated reports, or $55 per court-mandated drug test in San Luis Obispo. The idea is that “using” a government service costs money. As Campos-Bui combed through statutes with her collaborators at Debt Free Justice California, they found “100 to 150 different sections of the code that allowed counties to charge fees.”

“From booking and arrests, to representation by a public defender, to supervision on probation: At every point, someone can be charged a fee for that particular service,” she said.

Campos-Bui, along with sponsors from Debt Free Justice California, has been using that data to show California officials the extent of the problem.

“The research has really been important,” Greene said. “These were things that impact the communities have known forever. But unfortunately, people just didn’t believe [it]…Then we had the data.”

They contributed to an analysis of San Francisco that found from 2012 to 2018, more than 20,000 people racked up more than $15 million in debt because of burdensome local fees, and at least $12 million in debt from just one fee—a $50 monthly probation charge—went uncollected. The 2016 collection rate for that probation fee was only 9 percent. In San Francisco alone, eliminating fees and lingering debt would cost the city $1 million in revenue, but it would also erase $32 million in debt for thousands of residents.

“It was really a lose-lose for government and the people,” said Anne Stuhldreher, director of the Financial Justice in the Office of the Treasurer for San Francisco. “We don’t want to fund our books on the backs of the lowest income people in our city.”

Unlike fines, which include traffic tickets, fees are not meant to be punitive. But because they’re charged to a high proportion of low-income people who cannot afford to pay, “they end up being punitive,” Stuhldreher said. “The only job of a fee is to recoup costs.” A recent national report found two-thirds of people on probation make less than $20,000 per year and nearly 40 percent make less than $10,000 per year. A 2015 survey found that mothers pay nearly 50 percent of court costs. A respondent from Oakland said the costs amounted to “everything my mother had in savings,” and it meant she went “back to working paycheck to paycheck.” Greene put it simply: “We know the way that policing happens—you can map race, ethnicity, levels of poverty by it.”

A little over a year ago, San Francisco eliminated many local court fees and some fines after reviewing the coalition’s analysis. Neighboring Alameda County followed suit after similar lobbying. Both also discharged debt, eliminating more than $70 million across the two counties. SB 144 would do “at the state level what we did in San Francisco,” said Stuhldreher.

There’s precedent at the state level too. In 2018, California eliminated juvenile administrative fees, but it didn’t include debt elimination. Los Angeles County decided to eliminate juvenile debt independently, and thereby wiped out $89 million in debt.

The California Legislative Office calculated that debt from both fees and fines reached over $12 billion by the end of 2016 and, despite low collection rates, it accounted for $1.7 billion in state revenue for 2015 and 2016. Still, California officials consider the loss a drawback. A Senate Appropriations analysis found that state and county governments would lose out on revenue “minimally in the hundreds of millions of dollars annually.” The California State Association of Counties opposes the change on these grounds. They wrote in a letter they were not against “the proposed restructuring or elimination of fines and fees,” but were concerned about “significant and permanent reduction of funding sources.”

Particularly in the aftermath of the Great Recession, local governments tried to capitalize on any non-tax revenue they could find, said David Eichenthal, managing director of PFM, a consultancy that helps local governments solve financial problems. “There [was] a little bit of never meeting a revenue source you didn’t like,” Eichenthal said. “But the reality is that you could raise revenue in a way that may be penny-wise, but pound-foolish.”

The problem lies in how that revenue is generated. The US Department of Justice’s report after the protests in Ferguson, Missouri, showed 40 percent of the city budget’s revenue came from fines and fees, which led to a “focus on generating revenue” in the police department. It brought in money but harmed the city.

San Francisco discovered the same issues. “We were handing people a bill for a few thousand bucks when they got out of jail,” Stuhldreher noted. “It just didn’t make sense. The math didn’t add up. The fees are charged to very low-income people who cannot pay them.”

But there could soon be a solution. PFM launched the Center for Justice and Safety Finance to help forge a national model for reducing revenue from criminal justice fines and fees. The group is working with three counties—Dallas in Texas, Davidson in Tennessee, and Ramsey in Minnesota—to develop plans. Funded by a $1.3 grant from the Arnold Foundation, it’s an explicit test run, said Eichenthal, to create a blueprint for local government to end reliance on the criminal justice system for revenue.

He says many local governments want to make the change but are not sure how to do it. “They’re just sort of frozen in their ability to move forward until they can answer the question of, can you do this in a fiscally responsible way?” he said.

Ronal Serpas, a former New Orleans police chief who is working with the group, said he saw the blowback firsthand. “The police are being essentially distracted from their mission of public safety” because they are turned into a de facto “debt collector” for the city.

It’s still unclear if SB 144 will pass; it has made its way through the Senate and awaits a hearing in the Assembly. But a recent court case, People vs. Dueñas, has already begun to upend the system and point out broad flaws in the criminalization of poverty. After Velia Dueñas, a homeless mother, was charged for being unable to pay traffic fees, her attorneys appealed; the courts decided prosecutors had to show Dueñas had an ability to pay. Defense attorneys are using the argument to overturn charges for their low-income clients.

“We know by the way that policing happens—you can map race, ethnicity, levels of poverty,” says Greene, who also worked on the Dueñas case. “Ability to pay is not enough—actual elimination is the thing that makes the most sense.”