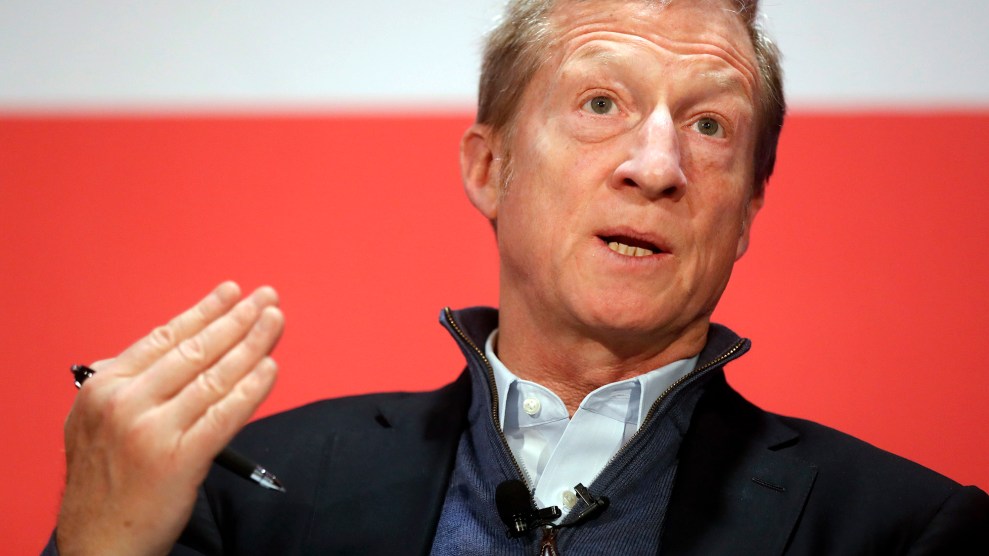 The already overstuffed 2020 Democratic field got a little more crowded Tuesday when billionaire political activist Tom Steyer officially entered the fray. In an announcement video, Steyer, who originally said in January that he wouldn’t mount a White House campaign, said he was running “to end corruption of our democracy by corporations and give more power to the American people.” And he plans to spend a lot of money to do that, at least $100 million his campaign manager told the New York Times.

That figure has clearly rattled some other Democratic 2020 contenders. Shortly after Steyer’s announcement, Vermont Sen. Bernie Sanders told MSNBC that he is “a bit tired of seeing billionaires trying to buy political power.” Massachusetts Sen. Elizabeth Warren’s campaign had a similar message in a fundraising email sent out to supporters Wednesday: “The Democratic primary shouldn’t be decided by billionaires, whether they’re funding Super PACs or funding themselves,” the email said. “If you’re a billionaire, you can already buy yourself a mansion, a private island, and even a yacht to get yourself there.

But Steyer doesn’t have just money at his disposal for the campaign. As Mother Jones‘ Russ Choma reported earlier today, Steyer, who founded the progressive advocacy group NextGen America and its more pointed offshoot, Need to Impeach, has both of those organizations’ contact lists, which contains millions of email addresses.