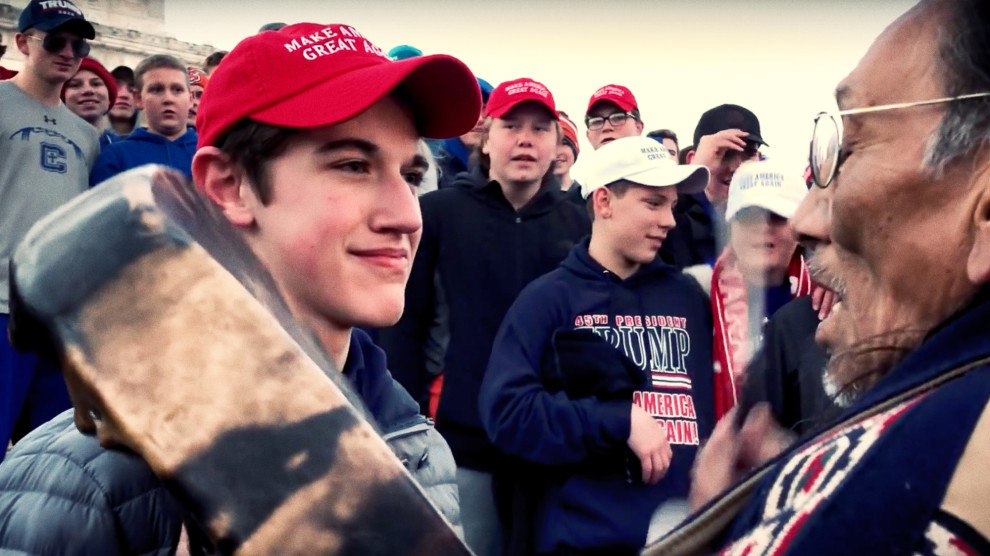 A federal judge on Friday dismissed a $250 million defamation lawsuit filed by Nicholas Sandmann, the Covington Catholic High School student whose video confrontation with a Native American man at the January Indigenous Peoples March in Washington, DC sparked a firestorm of controversy.

Sandmann had accused the Washington Post of negligently committing libel against him.

Initial videos of the encounter appeared to show Sandmann, who was in DC wearing a “Make America Great Again” hat for a separate March for Life rally, facing down Native American elder Nathan Phillips, which is what the Washington Post had reported at the time. Additional videos showing another group taunting both the Covington students and Phillips’ group only added to the confusion on social media.

Sandmann later said that he was only calmly hoping to defuse the tense situation.

“The Court accepts Sandmann’s statement that, when he was standing motionless in the confrontation with Phillips, his intent was to calm the situation and not to impede or block anyone,” Judge William Bertelsman wrote in his order. “However, Phillips did not see it that way. He concluded that he was being ‘blocked’ and not allowed to ‘retreat.’ He passed these conclusions on to the Post. They may have been erroneous, but as discussed above, they are opinion protected by the First Amendment. And The Post is not liable for publishing these opinions.”

Bertelsman noted that although the Post’s initial characterization may have been “erroneous,” their publishings were protected under the First Amendment.

“Therefore, having reviewed this matter carefully, and being fully advised, it is ordered that the Post’s motion to dismiss be, and is hereby, granted.”