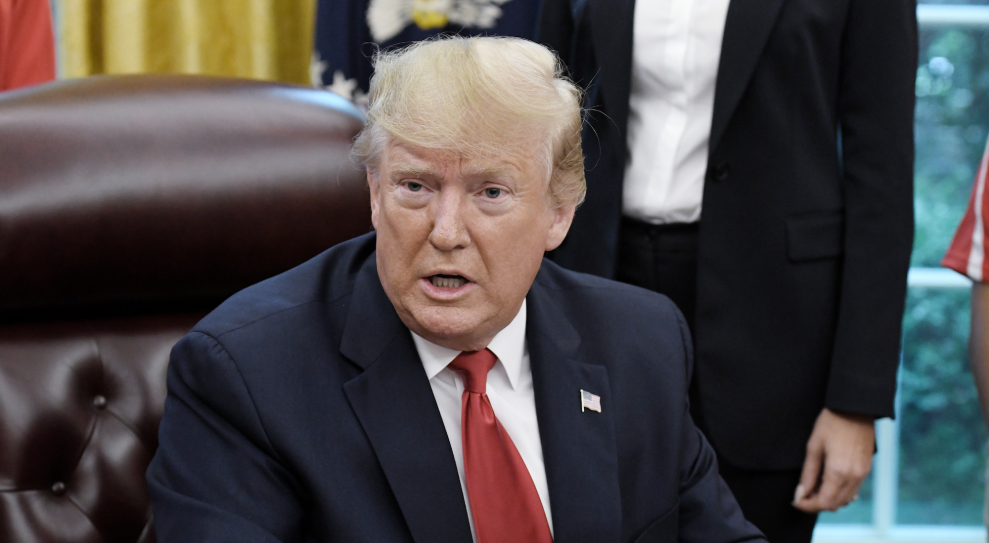 Less than a day after attempting to disavow the “send her back” chants that erupted at his North Carolina rally, President Donald Trump on Friday returned to targeting Rep. Ilhan Omar, once again accusing the Minnesota congresswomen of hating the United States.

The newest attack made it clear that despite claiming to distance himself from the racist refrain, Trump is set to continue smearing the four Democratic congresswomen of color—Omar, Alexandria Ocasio-Cortez, Ayanna Pressley, and Rashida Tlaib—he has repeatedly demanded “go back” to their “crime-infested” countries this week.

The president’s commitment to pummeling the congresswomen had been immediately apparent even in Trump’s so-called disavowal on Thursday when he claimed that he “was not happy” with the chant and that he had stopped his supporters from chanting it “very quickly.” (Videos of the rally show Trump embracing the chant and waiting more than ten seconds to continue with his prepared remarks.)

Trump on Friday also hit back at Democrats who have condemned his ongoing racist attacks, framing their outrage as both unhinged and unfair.

It is amazing how the Fake News Media became “crazed” over the chant “send her back” by a packed Arena (a record) crowd in the Great State of North Carolina, but is totally calm & accepting of the most vile and disgusting statements made by the three Radical Left Congresswomen…

….Mainstream Media, which has lost all credibility, has either officially or unofficially become a part of the Radical Left Democrat Party. It is a sick partnership, so pathetic to watch! They even covered a tiny staged crowd as they greeted Foul Mouthed Omar in Minnesota, a…

In lashing out at Omar, Trump also felt compelled to compare the crowd size of Wednesday’s rally in Greenville, North Carolina to the size of the group of supporters that welcomed Omar as she returned to Minnesota Thursday night. “Welcome home, Ilhan!” the crowd cheered as she arrived at the airport.

….State which I will win in #2020 because they can’t stand her and her hatred of our Country, and they appreciate all that I have done for them (opening up mining and MUCH more) which has led to the best employment & economic year in Minnesota’s long and beautiful history!