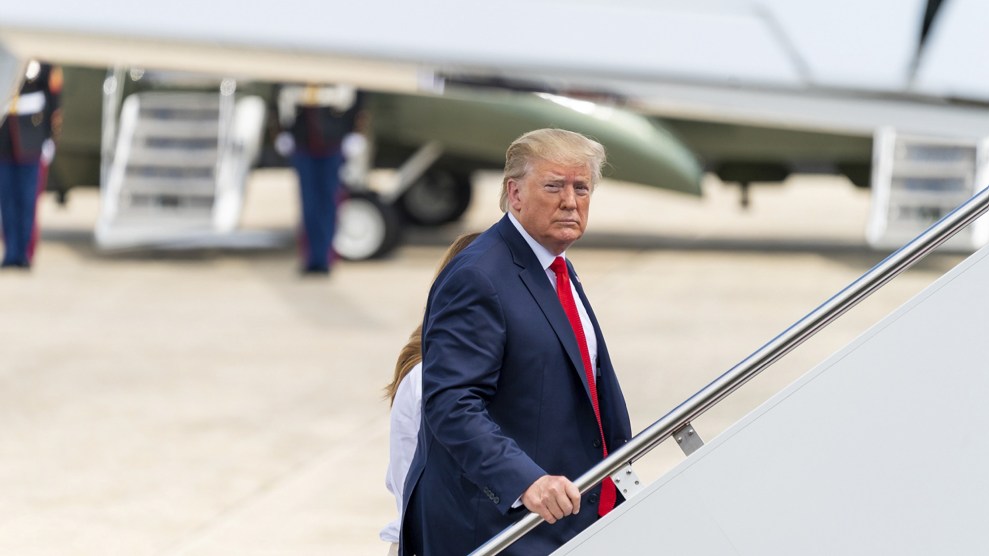 News outlets have reported over the past several months that undocumented immigrants, a group that since he began his presidential campaign President Trump has aggressively maligned, disparaged, and wanted out of the country, work in a number of Trump’s properties.

The President hasn’t spoken on the matter for months, but recently more stories appeared detailing how his properties have hired undocumented workers. On Friday, he was asked by The New York Times if the very people he has vowed to keep out of the country still work on his golf courses. “I don’t know because I don’t run it,” he replied.

“But I would say this,” he added. “Probably every club in the United States has that because it seems to be, from what I understand, a way that people did business.”

Following the revelations, the Trump Organization reportedly fired dozens of undocumented works on staff and said it would begin using “E-Verify,” a program in that checks Social Security Administration and Department of Homeland Security records to ensure that new hires are legally allowed to work in the US.

This is not the first time the issue has been raised. Last year, Vox found that only one in 144 jobs went to American workers at three of Trump’s properties amid his “Buy American, Hire American” push. Mother Jones reported:

Thanks to Vox, we now know just how seriously President Trump’s businesses are taking his policy of “America First.” Three Trump businesses posted 144 openings for seasonal jobs from 2016 to 2017, but just one of those jobs went to an American worker, according to a Vox analysis of US Department of Labor data. These three businesses, which includes Trump’s Mar-a-Lago resort in Florida, hired the foreign workers through the H-2B visa, a temporary visa for seasonal, non-agricultural work. Trump businesses have used the program since at least 2013, according to Vox.

On Friday, Sandra Diaz, a previously undocumented immigrant who worked as a housekeeper at Trump’s Bedminster club from 2010 and 2013 told the New York Daily News  that the Trump organization still has undocumented workers on staff.