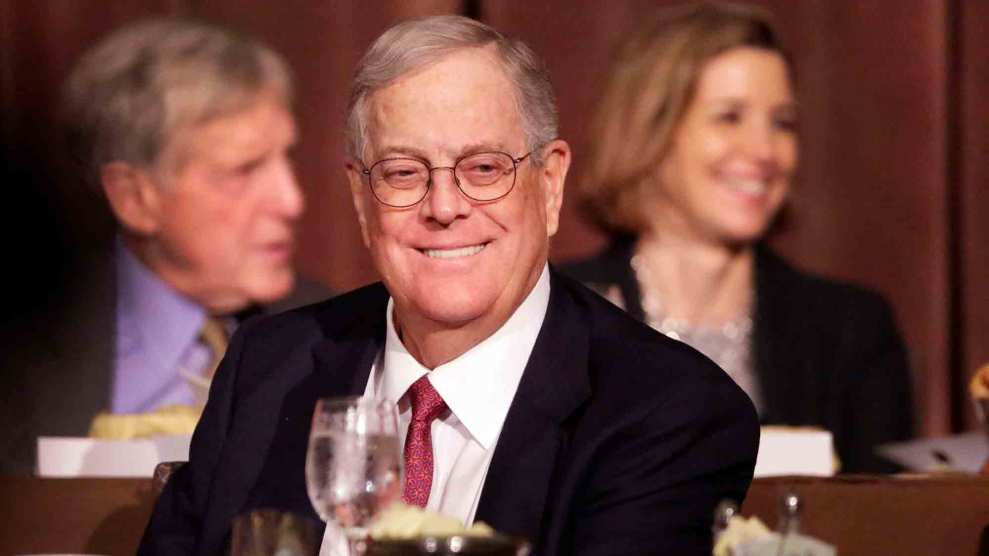 David Koch, the billionaire and major conservative donor, has died at 79.

“It is with a heavy heart that I announce the passing of my brother David,” Charles Koch, his older brother and half co-owner of Koch Industries, confirmed in a statement Friday. “Anyone who worked with David surely experienced his giant personality and passion for life.”

Koch’s health had been deteriorating for some time. In a June 2018 memo sent to Koch Industries employees, it was announced that Koch would be retiring due to declining health. (He was diagnosed with prostate cancer in the 1990s.)

The brothers have given hundreds of millions of dollars—and convinced other wealthy conservatives to contribute even more—to support think tanks, politically active dark money groups, and academic research, all carefully designed to foster ideological support for conservative and libertarian ideas.

David Koch is the most directly political of the pair, having actually run for office himself: In 1980, he ran for vice president on the Libertarian Party ticket, self-financing most of the campaign.

This is a breaking news post. We’ll update as more information is confirmed.