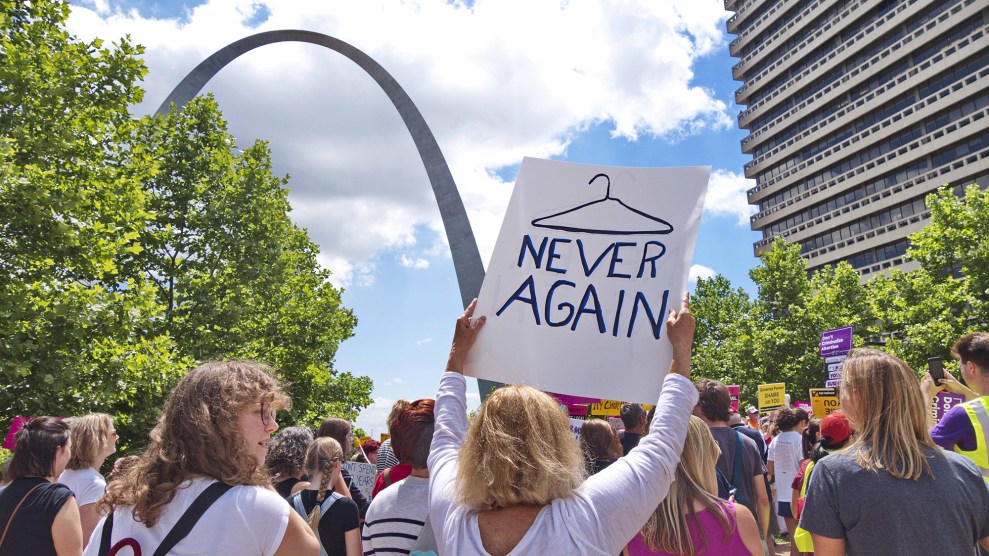 In May, Missouri passed a law banning abortion after eight weeks of gestation, with no exceptions for rape or incest. On Tuesday, a federal judge blocked the law a day before it was scheduled to go into effect.

Missouri’s law, which includes exceptions for medical emergencies, criminalizes physicians who perform abortions after eight weeks of gestation—before many women know they are pregnant. After Missouri’s Republican Gov. Mike Parson signed the bill into law, Planned Parenthood and the ACLU sued the state, calling its attempt to challenge Roe v. Wade unconstitutional. US District Judge Howard Sachs put the law on hold to allow the legal proceedings to unfold, the AP reports.

Abortion in Missouri is already illegal for fetuses that would be viable outside the womb, and the state has has only one abortion clinic. The lone clinic is under threat of closing pending thanks to a different court case about whether it has complied with requirements set by the Missouri Department of Health and Senior Services. For now, though, obtaining an early-term abortion in Missouri is still legal.