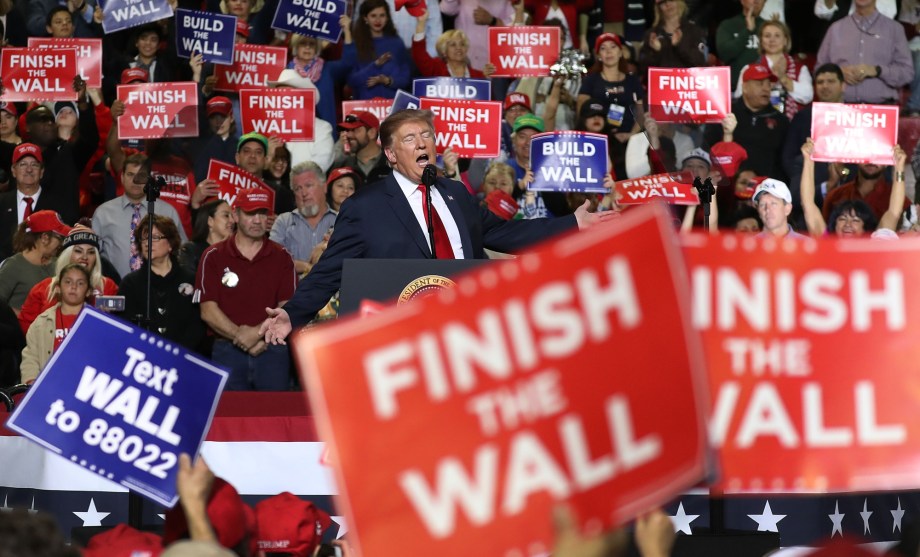 It may be difficult to remember now, but there was once a time when nativism was a relatively fringe ideology. Forty years ago, a Michigan ophthalmologist turned political activist named John Tanton pioneered a movement that sought to rebrand anti-immigrant fearmongering as legitimate concern about overpopulation. Decades later, it finally worked.

Tanton’s goal was to intellectualize nativism, and to do so, he founded groups like the Federation for American Immigration Reform (FAIR) and the Center for Immigration Studies (CIS). Their basic argument, inspired by Paul Ehrlich’s 1968 book on overpopulation, was that immigration to the United States should be limited to avoid a strain on natural resources and protect the environment. Unchecked immigration, they said, was the cause of most social ills—pollution, high crime rates, unemployment. Immigrants should stay in developing countries instead of moving to the United States and contributing to overcrowded cities and our exorbitantly high carbon footprint.

In recent years, these groups have shifted their focus towards the economic impact of immigration, and they’re especially critical of immigrant welfare recipients. They’ve also leaned into the stereotype of immigrants as dangerous. FAIR keeps a running tally of “serious crimes by illegal aliens” going back until at least 2015. Dan Stein, the current president of FAIR, infamously told Tucker Carlson, “immigrants don’t come all church-loving, freedom-loving, God-fearing…Many of them hate America; hate everything that the United States stands for.”

FAIR describes itself as an organization that engages in “community outreach to inform affected communities of how national immigration policies affect their own situation, and invites them to engage in a meaningful dialogue on how to shape immigration policies for the 21st Century and beyond.” That “meaningful dialogue” often includes calls to end amnesty program for undocumented immigrants, reduce legal immigration, militarize the border and more. Sound familiar?

Tanton died in July, but his memory lives on in the White House. Since Donald Trump took office in 2017, FAIR has spent at least half a million dollars on lobbying efforts. Trump has cited studies from CIS since the early days of his presidential campaign. Most notably, the Trump administration has installed alumni from these groups—which the Southern Poverty Law Center considers hate groups—in positions that span every major immigration agency.

“When that far right plank ascended to power in the Trump presidency, they brought FAIR and CIS with them,” says Carly Goodman, an immigration historian who is at work on a book about Tanton’s nativist legacy. “What I have been struck by is just how much a very small number of people have wielded a really outsized amount of power in shaping this debate.”

Here are just a few of the people you should know about:

As FAIR’s government relations director from 2005-2007, Kirchner argued vehemently against amnesty programs, which grant legal immigration status to certain classes of immigrants who enter the country illegally. “Amnesty sends a message to people worldwide that America no longer cares about the enforcement of its laws,” she wrote in a 2007 statement to a congressional committee. “Moreover it sends a terrible message to legal aliens that their respect for our laws is irrelevant to how they will be treated.”

That year, Kirchner became the executive director of FAIR, a position she held until Trump made her a campaign advisor in 2015. Now, as the ombudsman for USCIS, she is directly involved in administering legal immigration and amnesty programs like Deferred Action for Childhood Arrivals (DACA). Trump terminated DACA in 2017, but the program remains in effect while legal challenges work their way through the courts. Meanwhile, Kirchner has prioritized efforts to “discourage fraud, deter potential security threats, and limit the opportunity for bad actors to engage in either” over clearing the backlog of immigrants waiting to have their applications processed.

Shortly after Trump won the 2016 presidential election, Law, then the government relations director at FAIR, co-authored a lengthy anti-immigrant wish-list for the early days of the new administration.

“The American family is increasingly bearing the costs of urban sprawl, environmental degradation, traffic congestion, increased crime, overburdened health care, overwhelmed public schools and debt-ridden state and municipal governments—all results of uncontrolled immigration,” Law and his colleagues wrote. “The social, cultural and political costs are being felt more acutely as we receive immigrants in numbers too large to be successfully incorporated into our way of life and assimilated into our communities.”

FAIR’s proposed solutions included a barrier along the southern border, expanded immigrant detention, a reduction in refugee admissions and sending troops to the border to assist Customs and Border Protection officers—all things Trump has since implemented.

Feere’s claim to fame is an oft-cited briefing on birthright citizenship, which he wrote during his time as a policy analyst at CIS. While never outright recommending an end to birthright citizenship, Feere, who left ICE in 2018, according to ProPublica, advocated for “a calm, informed, and serious discussion on the wisdom and legality of granting automatic U.S. citizenship to the children of ‘birth tourists,’ illegal aliens, and other categories of foreign visitors who are taking advantage of a clause in the 14th Amendment that was primarily aimed at helping an entirely different class of persons.”

Trump floated the idea of ending birthright citizenship by executive order last fall but has yet to follow through.

Prior to joining the Trump administration, Jacobs was a FAIR lobbyist who advocated for ending Temporary Protected Status for Salvadorans, defunding sanctuary cities and reducing refugee admissions. She and the president have both claimed it is “far more costly” to resettle refugees in the US than it is to resettle them “closer to the home country,” despite an HHS draft report’s conclusion that the taxes paid by refugees far exceeded the cost of resettlement.

Smith was employed by the Immigration Law Reform Institute, FAIR’s legal arm, before becoming a policy analyst at the Department of Homeland Security. Smith resigned after The Atlantic leaked emails that tied him to prominent white nationalists.

Mortensen was a fellow at CIS, who was nominated to become the Assistant Secretary of State for Population, Refugees and Migration in 2018. The position would give Mortensen broad authority over the agency responsible for administering refugee assistance programs. Congress never voted to confirm Mortensen, so the nomination lapsed. Trump re-nominated him two weeks later, and it’s still pending.