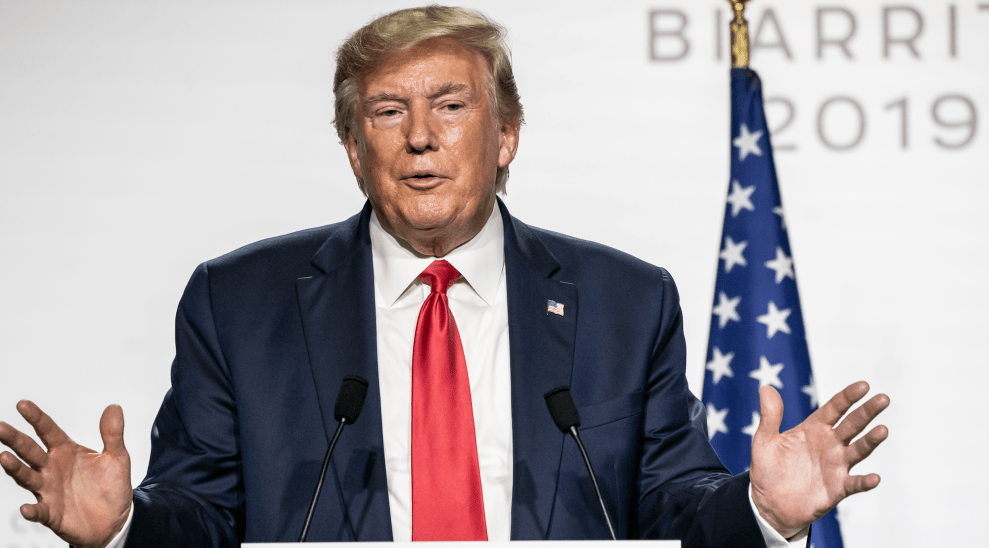 President Donald Trump on Monday continued his longheld campaign to readmit Russia to the G7, arguing that having the Kremlin “inside the tent” rather than outside would strengthen the world’s security.

“A lot of people say having Russia, which is a power, having them inside the room is better than having them outside the room,” Trump told reporters at a press conference from the G7 summit in Biarritz, France. “By the way, there were numerous people during the G7 that felt that way. We didn’t take a vote or anything but we did discuss it.”

Trump continued by again mischaracterizing the events that lead to Russia’s expulsion, claiming that the 2014 decision came after former President Barack Obama was supposedly frustrated that Vladimir Putin had “outsmarted” him in the region. That, of course, is not true: a majority of countries in the group, including the US, booted Russia to protest the illegal annexation of Crimea.

PBS’ Yamiche Alcindor instantly pushed back on the remarks, reminding the president that Russia had illegally invaded and annexed Crimea. “Why keep repeating what some people would see as a lie?” she asked.

The remarks follow a statement from European Council President Donald Tusk on Saturday when he categorically rejected the suggestion to invite Russia back. “Under no condition can we agree with this logic,” Tusk said in a press conference.

The criticism does not appear to have dimmed the president’s enthusiasm. Asked if he would welcome Putin to next year’s summit, which Trump is hosting, Trump told reporters on Monday said that he would “certainly” extend an invite.

“Whether or not he could come psychologically, I think that’s a tough thing for him to do.”

WATCH: @Yamiche asks President Trump about his calls for Russia to rejoin the G-7, what the political impact might be and why he repeats a misleading statement that "Putin outsmarted" former President Obama. pic.twitter.com/Yjoc9Fv8HE