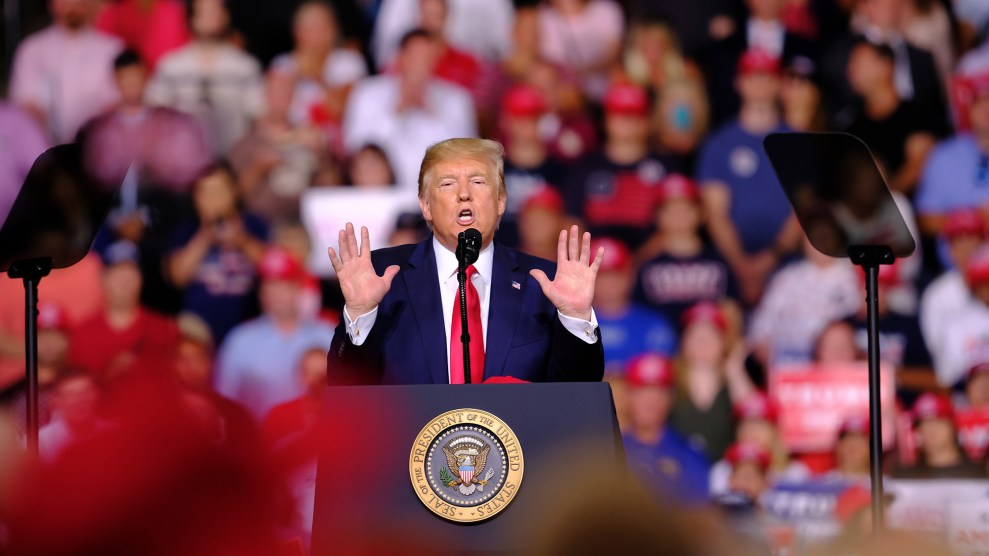 “That guy’s got a serious weight problem. Go home. Start exercising,” Trump said as protestors were being led out of the venue, according to the Associated Press. “Got a bigger problem than I do.”

But it turns out, the man Trump had thought was a protestor turned out to be a fan. After the rally, Frank Dawson identified himself as the subject of Trump’s taunts, and he’s surprisingly cool with the president—insults and all.

“Everything’s good. I love the guy,” Dawson told Fox News. “He’s the best thing that ever happened to this country.”

Trump rewarded his good-natured supporter with a phone call Friday morning in which he reportedly claimed he was actually berating someone else. Fat-shaming is clearly a valid line of attack for the president—as long as it’s directed at Democrats.

Trump told the man it was the president calling, that he wasn’t talking about him when he fat-shamed someone, and thanked him for support, per Trump aides. https://t.co/YcCz0SU3gN