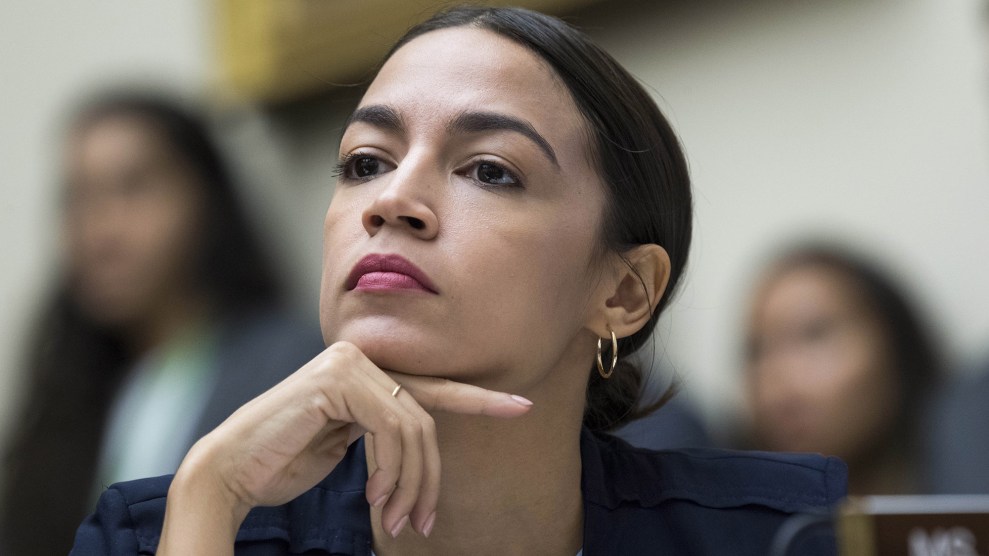 Rep. Dan Crenshaw (R-Texas) took a stand against universal background checks for gun possession on Wednesday, worried that he might be prevented from lending firearms to his friends. Alexandria Ocasio-Cortez was ready with a sharp response.

“You are a member of Congress,” the Democratic representative from New York tweeted. “Why are you ‘lending’ guns to people unsupervised who can’t pass a basic background check?…Why on earth would you do that?”

You are a member of Congress. Why are you “lending” guns to people unsupervised who can’t pass a basic background check?

The people you’re giving a gun to have likely abused their spouse or have a violent criminal record, & you may not know it.

Why on earth would you do that? https://t.co/TQFjcLQebO

Crenshaw tweeted his opposition to background checks in response to a news story about a woman in Houston who used a gun to defend herself against several men who attempted to rob her. Local news reported that two men reached through the driver’s side window of the woman’s car and grabbed her purse, but that she was able to grab her gun and fire two rounds, hitting one of the men, before they ran away.

Crenshaw responded to Ocasio-Cortez’s tweet with the comment, “Just so I’m clear: you think my friends are domestic abusers/criminals? Seriously that’s your argument? That they can’t pass a background check?”

Ocasio-Cortez shot back with another reply: “If a background check would be a problem, then you shouldn’t ‘lend’ a gun.”

You said w/ universal background checks, you wouldn’t be able to “lend” guns to friends.

If a background check would be a problem, then you shouldn’t “lend” a gun.

And btw, NY is one of the safest states in the country when it comes to guns, incl rural areas.

While federal law allows people to lend guns to recipients who aren’t prohibited from possessing them, it does bar lending guns to people who have been convicted of misdemeanor domestic violence or who use unlawful controlled substances, among other restrictions, the Hill reports.

A bill approved by the House in February would prohibit lending guns to those who haven’t undergone background checks in most cases. The measure hasn’t made any progress in the Republican-controlled Senate.