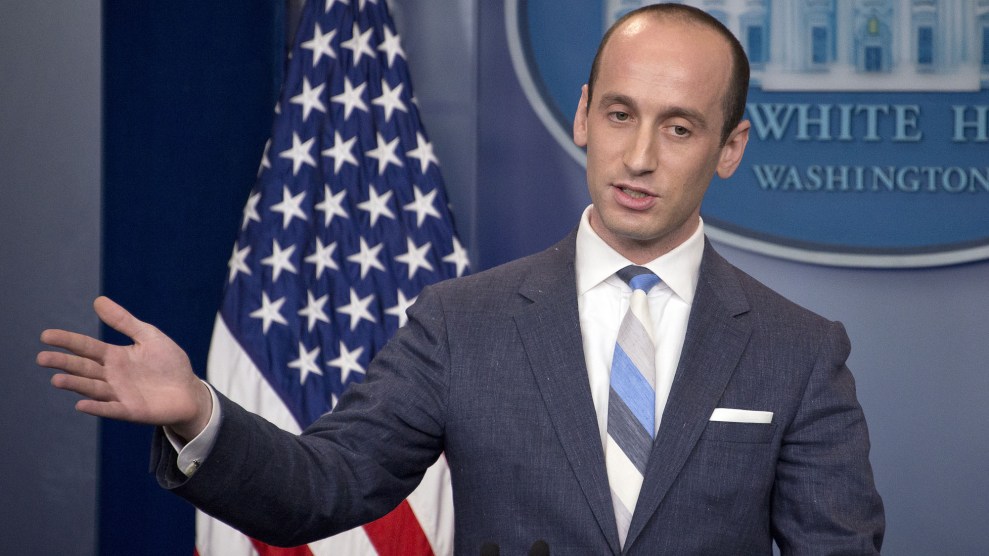 Miller called the whistleblower a “saboteur trying to undermine a democratically elected government” and invoked a far-right conspiracy line, saying that “this is a deep state operative, pure and simple.”

“A partisan hit job does not make you a whistleblower just because you go through the Whistleblower Protection Act,” Miller to host Chris Wallace said during a heated TV interview on Fox News Sunday.

In his testimony, Maguire defended his handling of the complaint. “I believe that the whistleblower and the inspector general have acted in good faith throughout. I have every reason to believe that they have done everything by the book and follow the law,” he told lawmakers.

Miller’s accusations that the whistleblower is a member of the “deep state” echo popular conspiracy rhetoric on the internet that claims the entrenched careerist bureaucrats of America’s intelligence community are working to take down Trump.

The claim that there’s a cabal of so-called deep state actors across the federal government working to undermine the president has cropped repeatedly across the right-wing universe. Trump allies have casually used it as an excuse for difficulties Trump has had in advancing his agenda, and online conspiracy theorists have accused the deep state of helping to enable a supposed pedophile ring being run by liberal elites. There is no evidence to suggest any such group exists.

In the original complaint, the unnamed whistleblower said that in a July 25 call Trump tried to push Zelensky to launch an investigation into former Vice President and 2020 Presidential Candidate Joe Biden and his son Hunter.