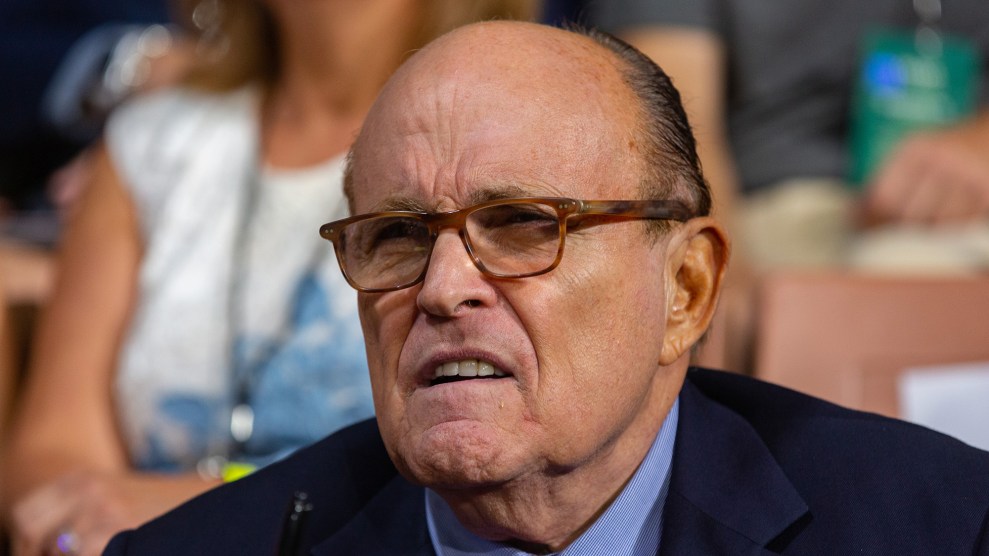 In a twist befitting the Trump era, Giuliani appears to be under investigation for bringing foreign influence into US politics.

Federal prosecutors are investigating whether Giuliani broke lobbying laws in his work in Ukraine, according to a New York Times report Friday night. The Foreign Agent Registration Act (FARA) requires anyone who is attempting to influence United States policy on behalf of a foreign entity to register with the Justice Department and submit details of activities on behalf of that country, regardless of whether direct lobbying is involved. Giuliani joined Trump’s personal legal team to protect him from special counsel Robert Mueller’s investigation into Russian interference in the 2016 election. Now, in a twist befitting the Trump era, he appears to be under investigation for bringing foreign influence into US politics.

Giuliani is at the center of the unfolding Ukraine scandal that prompted the impeachment inquiry into Trump. Giuliani acted as a go-between for Ukrainian officials and the Trump administration to dig up dirt on former Vice President Joe Biden and his son, and dug around for evidence to bolster a conspiracy theory that Ukraine had tried to help the Democrats win the 2016 election—even though the US intelligence community and Mueller’s probe found that Russia interfered to help Trump.

But the possible criminal investigation into FARA violations comes from a sideshow to this central Ukraine scandal at the heart of the impeachment inquiry: whether Giuliani failed to report his foreign ties when he worked to oust the former US ambassador to Ukraine, Marie Yovanovitch, who was recalled from Kiev this spring after Giuliani and two associates pressed for her removal. Those two associates, Lev Parnas and Igor Fruman, were arrested this week on charges of illegally funneling foreign money into US elections.

The Times reporters acknowledged that they did not know how far the investigation had progressed. Giuliani told the paper that he had no knowledge of an investigation into his activities and denied any work on behalf of Ukrainian officials. Giuliani spoke at length with a former prosecutor general of Ukraine, Yuriy Lutsenko, in January of this year. He relayed Lutsenko’s allegations against Yovanovitch to the State Department and a conservative columnist, John Solomon. Giuliani told the Times that this work had been on behalf of Trump, not Lutsenko.

Before joining Trump’s legal team, Giuliani did international consulting work, including for clients in Ukraine. Last year, seven Democratic Senators asked the Justice Department to investigate whether Giuliani was violating FARA by failing to report work on behalf of multiple foreign entities.