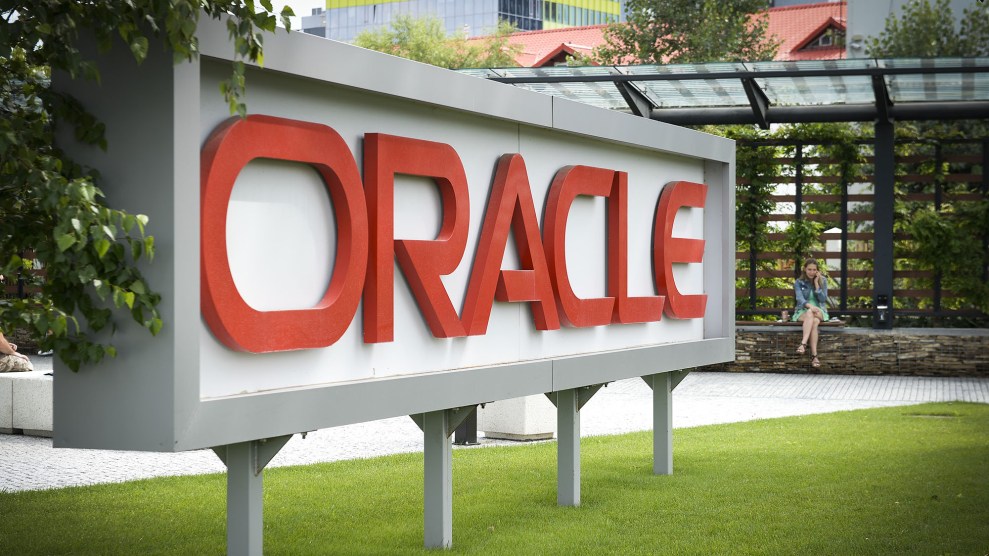 Over thirty members of Congress slammed tech giant Oracle’s lack of diversity Friday morning, sending a letter to company co-founder Larry Ellison asking for answers to questions about the company’s efforts to diversify its leadership.

“The fact that African Americans make up 13% and Asian Americans make up 5.6% of the US population but 0% of Oracle’s board and leadership team is inexcusable,” the letter reads. “As a company that has expressed a commitment to diversity and rejected claims of intentional discrimination, you should recognize the optics of Oracle working doggedly to sell software and technology systems to businesses and congressional districts, historically black colleges and universities and minority serving institutions, and communities of color—but not work to remedy the lack of diversity on your board.”

Oracle did not immediately respond to a request for comment.

In January 2019 Reveal reported that Oracle worked to block a public records request seeking the company’s diversity data under the premise that the publication of such data was a “very real threat to its competitive position.” The news organization successfully sued for the records, which showed that Oracle’s workforce, as of 2015, was 90 percent white or Asian, and that just under 13 percent of the company’s executives were women.

The letter, organized by Congressional Black Caucus and the House Tech Accountability Caucus, notes a February commitment by the company to not “intentionally discriminate against women and people of color.” According to Friday’s letter, the company ignored similar questions last year about the board’s lack of African American representation.

This is an issue Oracle has been dealing with for some time. Bloomberg reported that the company is battling a lawsuit alleging $400 million in short-changed wages to women and minority workers, and a separate case alleging that some women at the company earned an average of $13,000 less annually than male colleagues. The company has denied both accusations.