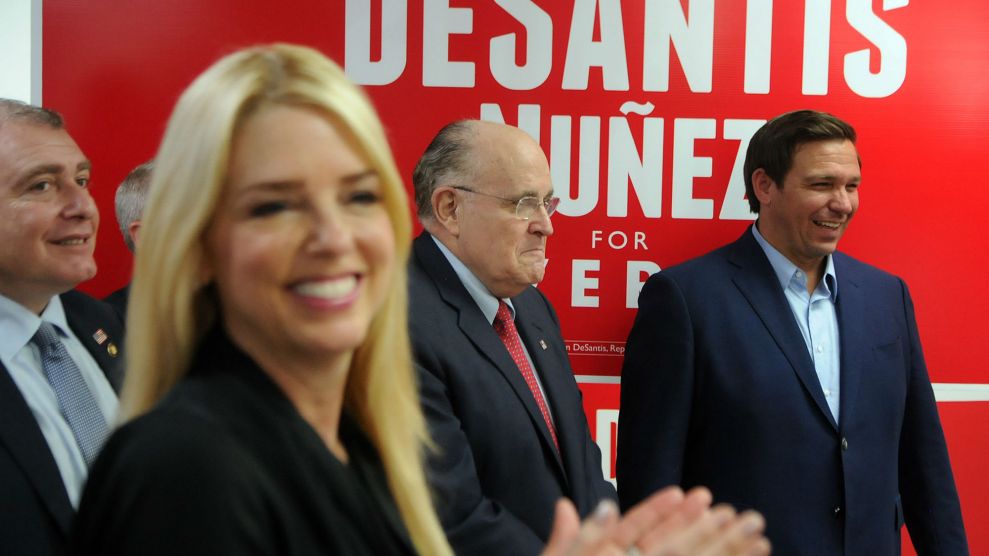 Pam Bondi, a former Florida attorney general and more recently a lobbyist at a firm with extensive ties to President Donald Trump, will join the White House communications staff temporarily to help with messaging during the ongoing impeachment inquiry, according to reports Wednesday.

Talk about a revolving door.

In September 2013, the Donald J. Trump Foundation gave $25,000 to Bondi’s campaign for reelection as attorney general. A month later, Bondi announced that Florida would not join other states suing Trump for fraud over Trump University’s marketing of its seminars on real estate and management, even though many of Trump’s alleged victims lived in Florida. A Florida state prosecutor later said there was no evidence that the donation was illegal, but the incident has left Bondi dogged by allegations that she took a bribe from Trump.

But when Bondi left office, she didn’t exactly steer clear of ethical concerns. She joined Ballard Partners, a lobbying firm that touts its ties to Trump. Brian Ballard, the firm’s founder and a former lobbyist for Trump in Florida, launched the firm in 2017, capitalizing on Trump’s election. Starting last January, Bondi helped Ballard lobby the White House for clients including General Motors, Major League Baseball, and the Government of Qatar.

Bondi will work directly for Trump. That is a resume straight out of what Trump and his allies used to call the swamp.