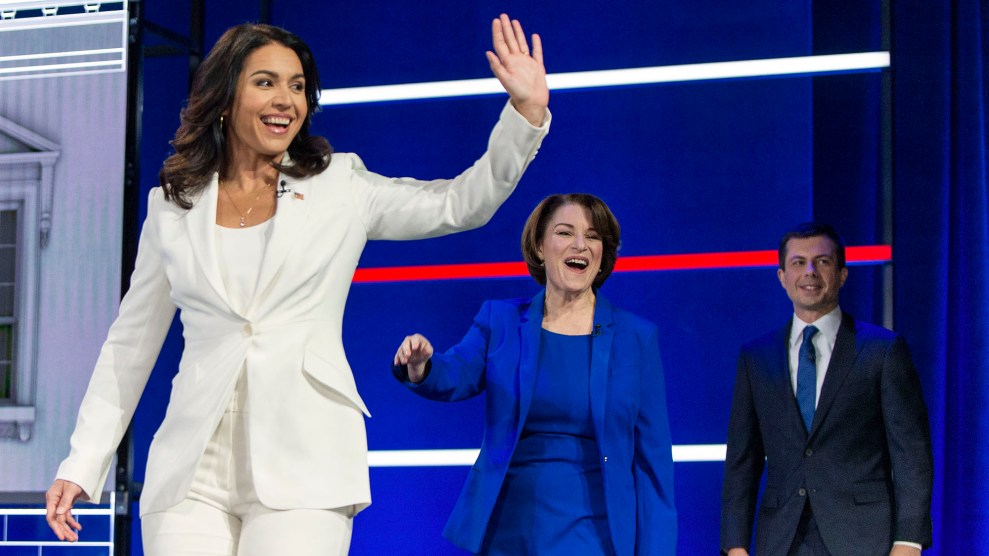 Rep. Tulsi Gabbard (D-Hawaii) seems to relish her role as an outsider Democratic candidate. At Wednesday night’s debate she was happy to double down on her past claims that there’s “rot” within the party exemplified by establishment figures like Hillary Clinton.

President Donald Trump’s campaign is enjoying the dynamic too, perhaps recognizing Gabbard’s potential to provoke fractures in the Democratic Party. Trump’s “War Room” Twitter account is putting Gabbard’s attacks on her own party in front of its nearly 400,000 followers:

💯”Our Democratic Party, unfortunately, is not the party that is of, by and for the people.” #DemDebate pic.twitter.com/B8Lq8i1NrR

The edited clip doesn’t include the part of her answer that lumped Trump in with what she characterizes as damaging American imperialist foreign policy.

Many Democrats, including Clinton, have speculated that Gabbard could mount a third party or independent bid after exiting the Democratic contest. Gabbard has denied such plans.