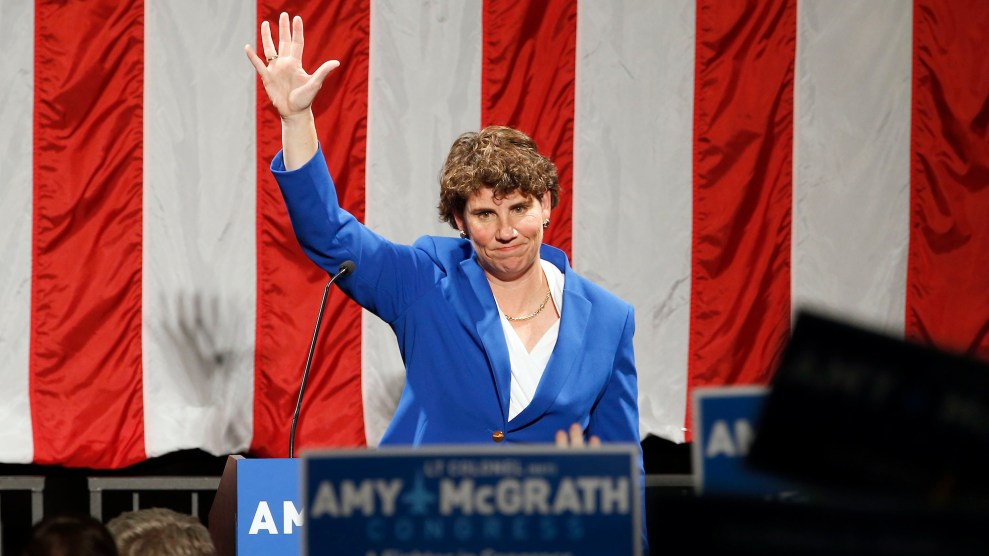 In the 2018 midterm elections, McGrath narrowly lost to Rep. Andy Barr (R-Ky.) to represent the state’s 6th Congressional District. During her first months on the campaign trail before officially establishing her candidacy, McGrath outraised McConnell and other Democrats by bringing in nearly $11 million.

In 2016, Trump carried Kentucky by nearly 30 points. But last month, Gov. Matt Bevin, the nation’s “Trumpiest governor,” lost his reelection bid to Democrat Andy Beshear, after President Donald Trump campaigned for Bevin and said a loss for the unpopular incumbent would send “a really bad message.” The president pleaded, “You can’t let that happen to me!”

McGrath believes Beshear’s win helps her chances in 2020. “It absolutely gives us momentum,” she told the Associated Press, “because it shows that against an unpopular Republican incumbent, a Democrat can win.” McConnell is the country’s most unpopular senator in his home state, with 50 percent disapproval, although he’s still the heavy favorite in deep-red Kentucky.