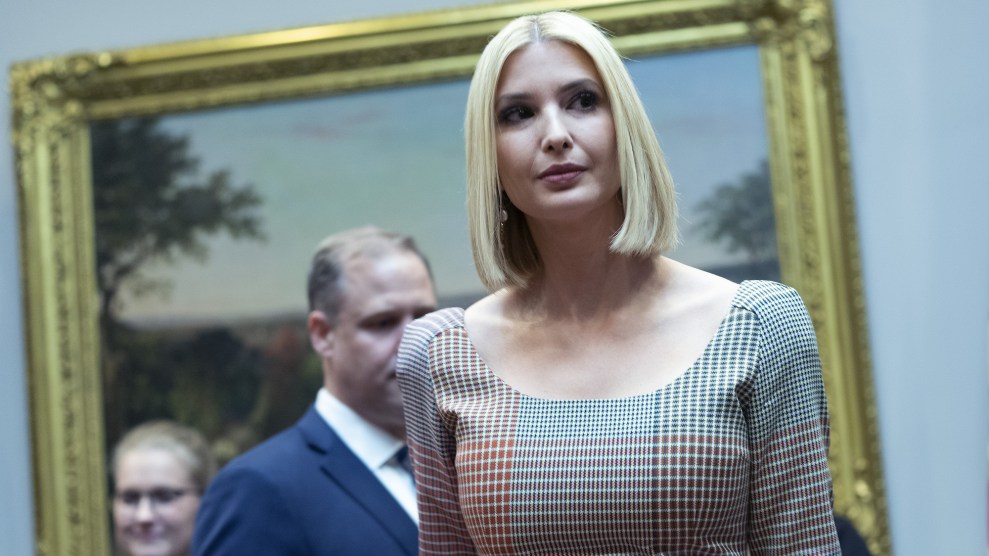 Ivanka Trump is in the Middle East, for some reason, at the diplomatic Doha Forum in Qatar. BuzzFeed’s editor-in-chief Ben Smith caught something unusual about her interview.

But when it was Ivanka Trump’s turn, she took questions from Morgan Ortagus, a State Department spokesperson and former Fox News contributor.

BuzzFeed collected some of the most hard-hitting questions that were put to the president’s senior advisor and daughter:

“Can you tell us more about the trip [to Morocco] and the highlights?”

“You were able to put women’s prosperity into the national security strategy. That was so important to me that you did that and I’d love for you to explain that.”

“You also returned on a swing through Latin America with our Deputy Secretary of State John Sullivan. Can you tell us about some of your impressions?”

“What can everyone here that’s representing the private sector do?”

JUST TO BE CLEAR: this is the Senior Advisor to US President Donald Trump, Ivanka Trump @IvankaTrump being interviewed at @dohaforum by US @statedeptspox Morgan Ortagus. No other government official attending this forum is being interviewed by a spokesman for that government. pic.twitter.com/6JNKvkKXFF

Other, higher ranking figures, including the Malaysian PM and Turkish foreign minister, did tough interviews with journalists.