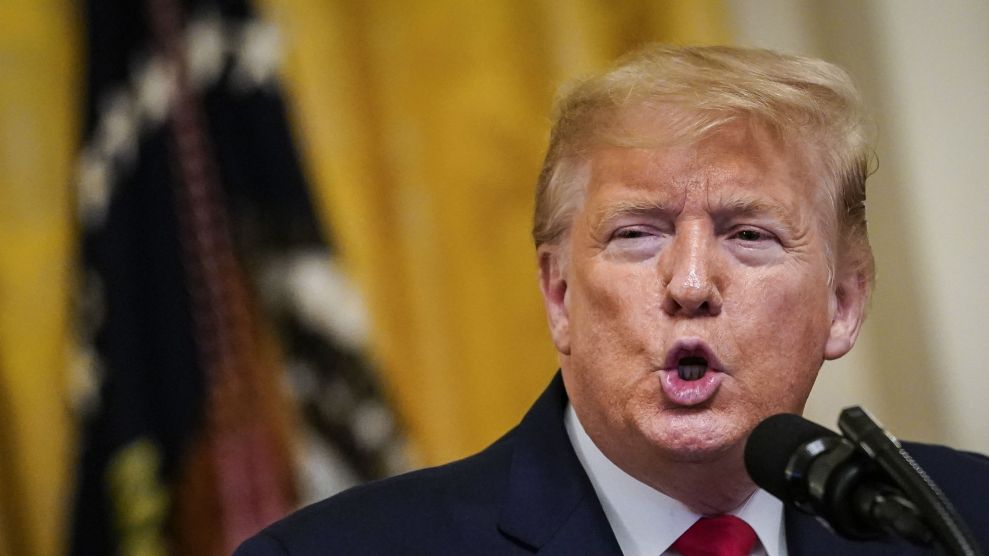 President Donald Trump’s lawyers, who launched his defense at his impeachment trial in the Senate Saturday morning, have claimed that they will respond substantively to Democrats’ methodical case for why the president should be removed from office. But shortly before the Senate convened for the first day of the White House defense, the president teed up the proceedings with a tweet strong on name calling and short on evidence.

The Great @LouDobbs: “People know, after 3 years of this President, the most historic President in our Country’s history, that there is no one who can touch what he’s done in 3 years, foreign policy, domestic policy, you name it, it’s amazing. Just to have the guts not to be…..

….intimidated by this national left wing media, that reduces most politicians and most public figures to whining, crying, puddles of cowardice – it is really something to have a man in the White House who has a courageous heart and does what he says he will do.”

Trump’s defenders thus far have not disputed the facts of the case against him. Senate Republicans have complained about comments by Democratic impeachment managers and launched attacks on President Obama’s foreign policy and other topics that are at best tangental. Trump’s lawyers on Saturday have said they will focus on Vice President Joe Biden’s actions related to Ukraine in 2016, and that the president did “nothing wrong. White House counsel Pat Cipollone promised in his opening remarks that Trump’s team will focus on evidence that the House impeachment managers did not include. But their boss appears to have another strategy.