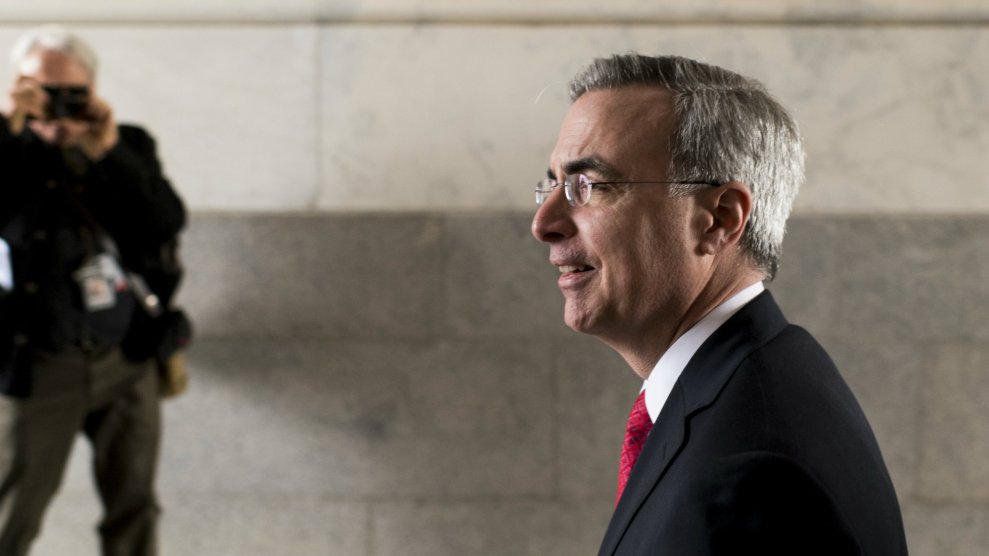 Three hours before the impeachment trial of President Donald Trump was set to begin in the Senate, the House impeachment managers sent a letter to Trump’s lawyer, Pat Cipollone, accusing him of being a “material witness” in the case and demanding that he disclose any first-hand knowledge of evidence that he will present in the impeachment trial.

According to the letter, which was delivered to the White House Tuesday morning, Cipollone was deeply involved in the Ukraine scandal at the center of the president’s impeachment from the beginning. The Democratic House managers argue that in his role as White House counsel, Cipollone knew about the concerns raised by all the key players who testified about the president’s phone call with the president of Ukraine. These include Fiona Hill, the former top White House adviser on Russia; Lt. Col. Alexander Vindman, the Ukraine expert on the National Security Council; and Timothy Morrison, a former NSC aide to John Eisenberg, the top NSC lawyer. In his NSC role, Eisenberg directly reports to Cipollone.

“You must disclose all facts and information as to which you have first-hand knowledge that will be at issue in connection with evidence you present or arguments you make in your role as the President’s legal advocate so that the Senate and Chief Justice can be apprised of any potential ethical issues, conflicts, or biases,” the House managers wrote in the letter. The managers also accuse Cipollone of being involved in the president’s briefing on the whistleblower complaint that sparked impeachment “and in the decision to withhold that complaint from Congress in violation of the law.”

The letter notes that “ethical rules generally preclude a lawyer from acting as an advocate at a trial in which he is likely also a necessary witness.” Though the House managers do not ask Cipollone to recuse himself from the trial, they do ask him to “disclose all facts and information as to which you have first-hand knowledge that will be at issue in connection with evidence you present or arguments you make in your role as the President’s legal advocate.”

Read the letter below or by clicking here.