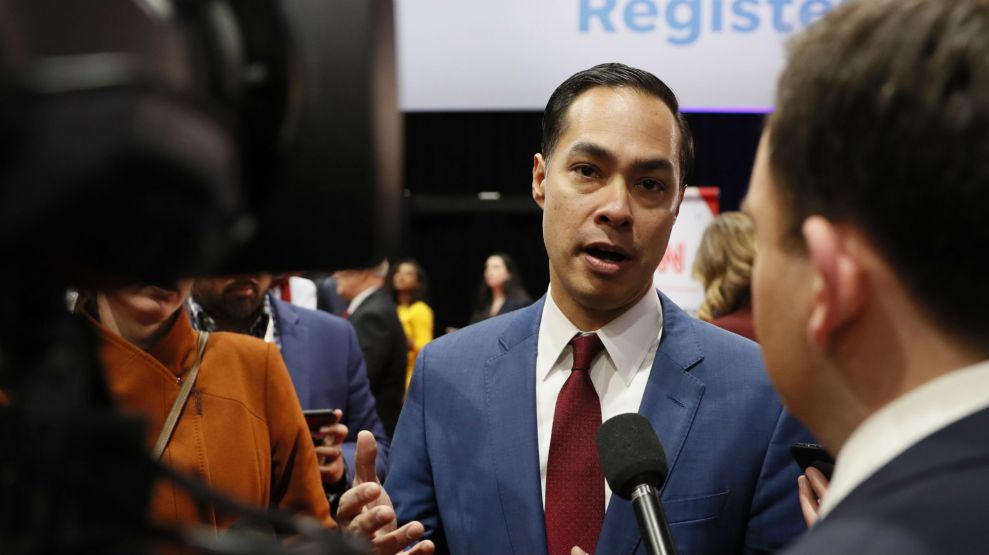 As the clock crept toward midnight in Iowa with no official results from the caucuses yet released, Elizabeth Warren’s campaign sent her most high-profile surrogate, Julián Castro—a 2020 presidential contender himself—to talk to reporters gathered at her event. Castro, Obama’s former secretary of housing and urban development, took the opportunity to hammer home one of his own campaign’s final messages: The Iowa caucuses are bad, and the state doesn’t deserve its vaunted place in American politics.

“It was not reliable in the way that we need this to be reliable.”

“Tonight it has become clear that this Iowa caucus has been a total mess, a complete failure,” Castro said. “The fact is that we still don’t have reliable final results.”

Late last year, Castro criticized Iowa’s position at the beginning of the Democrats’ nomination process as giving too much weight to white voters who live in a state that is not reflective of the country’s diversity. And on Monday, the unfolding questions about the results gave him extra ammunition. “The people of Iowa are wonderful people, they take their role seriously,” he said, as a large crowd of reporters gathered around, pushing his twin brother, Texas Rep. Joaquin Castro off to the side. “But what everyone saw plain as day in front of their TV screen, and what we’re still seeing right now in the lack of results and the errors that have happened, is that this simply is not the way we should do this. It was a complete mess, it was not reliable in the way that we need this to be reliable, where we’re starting off the process for electing the most important public servant in our country in the world.”

Despite the lack of results from the state party, Castro said that the Warren campaign’s internal numbers were good enough to allow her to claim partial victory, saying it looked like Warren, Sen. Bernie Sanders, and former Mayor Pete Buttigieg would all finish in a similar position. If true, that would leave former Vice President Joe Biden somewhere behind in fourth, a point Castro didn’t shy from making. “What’s clear is that the bottom fell out for Joe Biden tonight,” he said. “He completely underperformed expectations, his support in Iowa seems to have been very soft. Over the last week, everyone was hearing that it’s Biden and Bernie, Biden and Bernie, well at least from what we’re gathering he had a very weak showing tonight.”