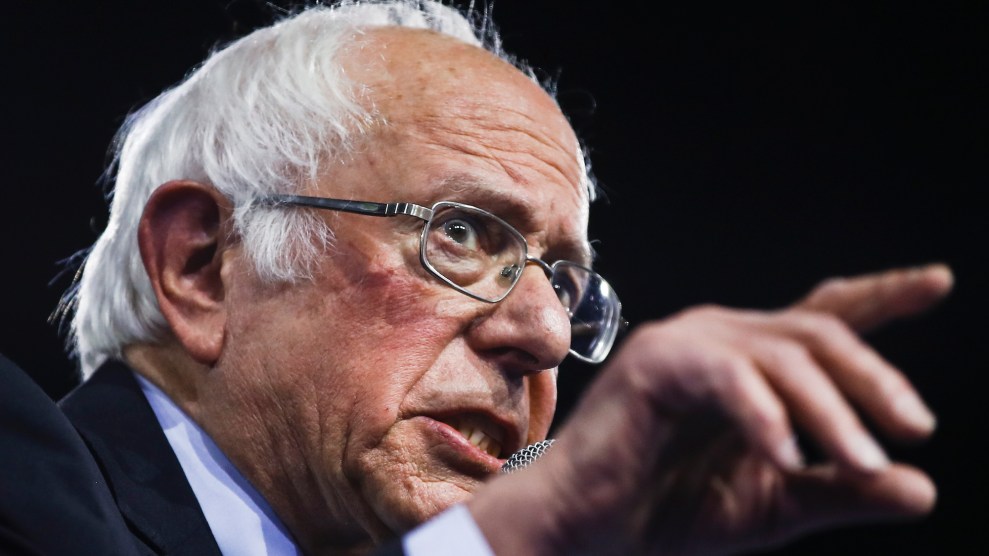 Sanders campaign operatives believe his campaign may have been the target of an attempted sting operation, after a woman recently attempted to bait local Sanders allies into discussing shady fundraising tactics in phone calls and one in-person interaction.

New Hampshire Executive Councilor Andru Volinsky, a longtime Sanders ally who’s running for governor, received one of these calls on Monday evening, less than an hour before he was to appear onstage at Sanders’ 7,500-person “Bernie Beats Trump” rally in Durham. The caller, identifying herself as Megan MacDonald, offered to fundraise for Volinsky’s gubernatorial campaign. She claimed to represent Our Revolution, the Sanders-aligned organization spun from his 2016 campaign, and unidentified gambling interests, according to Volinksy. She volunteered to help Volinsky raise funds through both this organization and the gambling industry. Volinsky asked her to provide a resume to describe her fundraising qualifications, and MacDonald said she didn’t have one. An Our Revolution spokesperson says it has never employed anyone with that name and has no connections to gambling interests.

MacDonald also asked Volinsky if she could volunteer in the Sanders campaign’s “boiler room”—the nerve center where campaign staff and loyalists would gather on election night—and asked him where it would be located. Volinsky declined her offer to help, and he did not provide her an address.

A New Hampshire Democratic Party official received a phone call Monday from a woman identifying herself as Megan MacDonald, who said she wanted to help Volinsky with fundraising and requested Volinsky’s contact information.

Last Thursday, a woman who introduced herself as MacDonald attended a Sanders campaign roundtable geared toward LGTBQ voters in Somersworth, New Hampshire. According to an attendee, MacDonald claimed to be a political tourist from Chicago. This person said MacDonald asked him leading questions suggesting Hillary Clinton had “stolen” the 2016 Democratic nomination from Sanders and inquired whether someone could vote in multiple primaries across different states. The source said that a camera crew entered the event a few minutes before MacDonald did and departed moments after she left. They identified themselves as media but did not have credentials.

Shannon Jackson, Sanders’ New Hampshire campaign director, says these are the only contacts he’s aware of between the campaign and MacDonald. Mother Jones tried to reach MacDonald via the phone numbers she’d used to reach Volinsky and the New Hampshire Democrats’ staffer. Neither call was answered. A voicemail left at one of the numbers was not returned. An email sent to an address she had given the New Hampshire Democrats’ staffer was not returned.

The Sanders camp is well acquainted with efforts to infiltrate its operation. During the 2016 cycle, Project Veritas, a right-wing group known for conducting sting operations against liberal targets, secretly recorded Sanders staffers in their Manchester, New Hampshire, office. Last month, the group conducted operations against Sanders’ organization in Iowa and South Carolina. Project Veritas did not respond to a request for comment.

The Sanders campaign tells Mother Jones it has developed guides for staff and volunteers to help identify the signs of a potential sting. “Being the frontrunner in the race, we’re going to get attention—both good and bad,” Jackson said. “It’s a shame we have to be guarded—we want to embrace and bring in as many people as possible.”