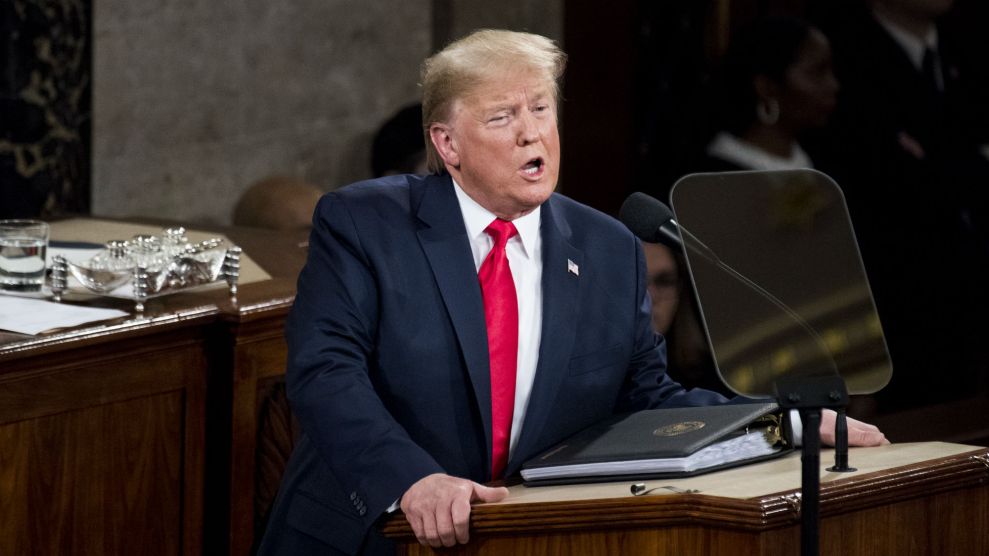 At the State of the Union speech on Tuesday night, Donald Trump credited his administration for helping lift people out of poverty and off dependence on food stamps, saying that since he became president, 7 million people have stopped using food stamps. But that’s not showing a complete picture.

While Trump brags on national television about the decline in food stamp enrollment and lifting people out of poverty, his actual policies "will cut off basic food assistance for nearly 700,000 of the nation’s poorest and most destitute people.” https://t.co/I0DcVie7rZ pic.twitter.com/Okh6McjUtO

The Supplemental Nutritional Assistance Program is administered by the US Department of Agriculture and currently helps feed more than 40 million Americans each year. It’s true less people are using food stamps today, but that trend started under President Barack Obama. Food stamp enrollment peaked in 2013, an effect of the recession that began in 2008, but began to decline again in 2014 after the economy began to recover. But that hasn’t stopped Trump from taking credit for the trend that predates him.

However, there is a looming food stamp enrollment decline he can take credit for. In April, a federal rule slated to remove thousands of people off the food stamp rolls goes into effect. As I reported in December, the rule changes work requirements for able-bodied adults without dependents:

Last week, the Trump administration continued its assault on the Supplemental Nutritional Assistance Program, commonly known as food stamps, announcing that it would tighten work requirements for recipients. The Department of Agriculture estimates that hundreds of thousands of Americans will lose their benefits as a result of the rule, which will affect “able-bodied” adults without dependents.

“The Trump Administration issued a draconian rule in the Supplemental Nutrition Assistance Program that will cut off basic food assistance for nearly 700,000 of the nation’s poorest and most destitute people,” Robert Greenstein, the president and founder of the Center on Budget and Policy Priorities said in a statement.

So, while Trump brags on national television about the decline in food stamp enrollment and lifting people out of poverty, his actual policies will do the opposite.