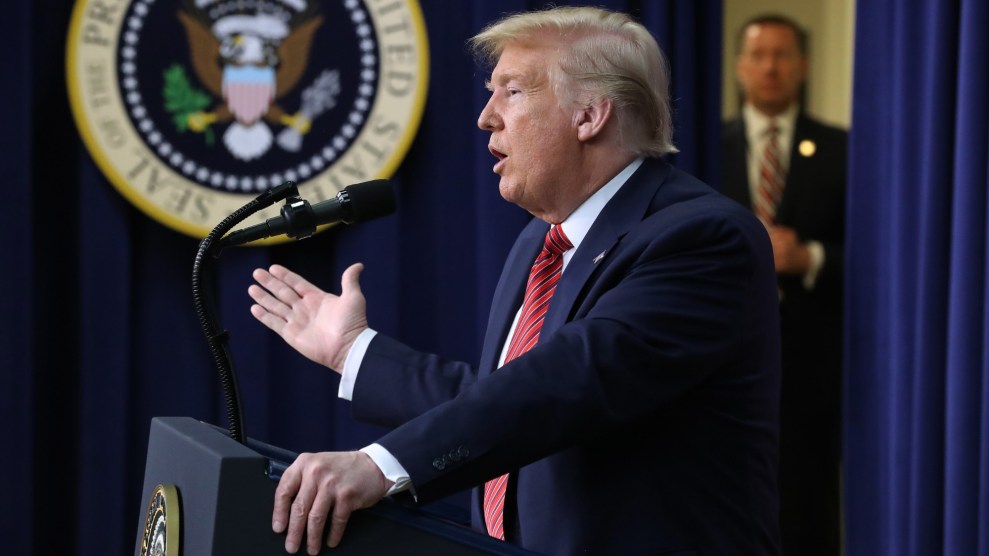 Before most of you were even awake, President Donald Trump tweeted another lie to his 72.5 million followers.

His anger this morning was directed at the Justice Department for dropping its criminal investigation on Friday into former FBI deputy director Andrew McCabe.

McCabe, who served as the bureau’s No. 2 official under James Comey, was fired from his post only days shy of retirement after the DOJ inspector general found that he “lacked candor” when speaking to investigators about his decision to authorize a leak to the Wall Street Journal. The IG referred the case to Justice Department officials, but contrary to Trump’s tweet, did not recommend McCabe’s firing or suggest disciplinary action at all.

Since becoming president, Trump has tweeted about McCabe dozens of times, usually accusing him of bias because his wife, Jill, ran as a Democrat for a state Senate seat in Virginia and received support from then-Gov. Terry McAuliffe, a loyal ally of the Clintons. Another Justice Department IG report flatly rebutted Trump’s baseless claims, concluding that McCabe voluntarily recused himself from FBI investigations into Hillary Clinton and McAuliffe.

The decision not to prosecute McCabe is one of several politically-charged outcomes that have roiled the Justice Department this week, largely thanks to Trump playing the role of DOJ ombudsman on Twitter. Attorney General William Barr faced substantial criticism for agreeing to revise Trump crony Roger Stone’s sentencing recommendation after Trump tweeted that it was too harsh. Barr said the decision had been made independent of Trump’s influence, but his track record of repeatedly covering for Trump on other issues, from the Mueller investigation to Ukraine, raises doubts about his independence from the White House. Trump has not helped matters by repeatedly, ahem, saying the quiet part loud:

Congratulations to Attorney General Bill Barr for taking charge of a case that was totally out of control and perhaps should not have even been brought. Evidence now clearly shows that the Mueller Scam was improperly brought & tainted. Even Bob Mueller lied to Congress!

A day later, Barr told ABC News that Trump’s incessant tweets about the Justice Department “make it impossible for me to do my job.”

“I think it’s time to stop the tweeting about Department of Justice criminal cases,” Barr added.