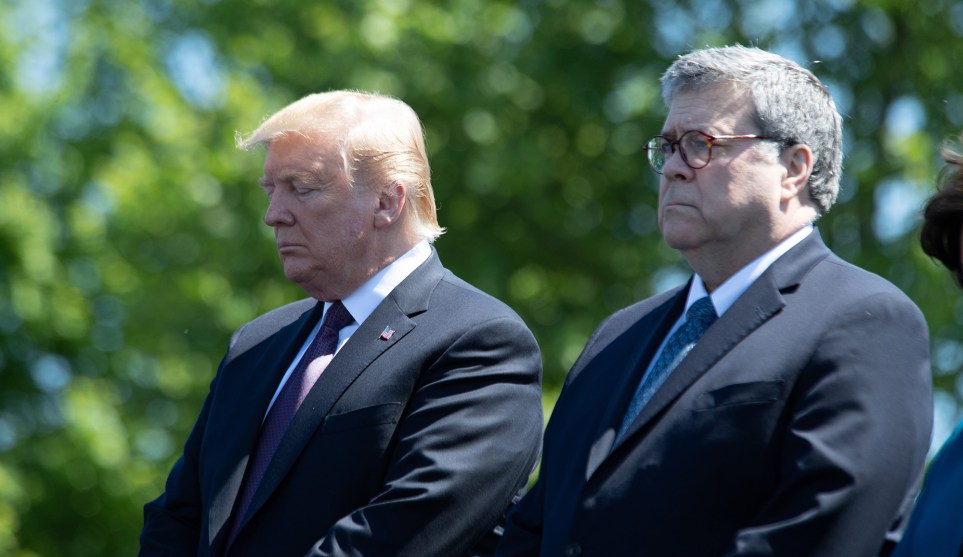 It is said that Bill Barr, once a mild-mannered conservative in the George HW Bush administration, spent the following 20 years of his life marinating in the world of Fox News, Drudge, the Starr Report, ultra-conservative Catholicism, and tea party philosophy. Here is the new, fully reeducated Bill Barr:

In any age, the so-called progressives treat politics as their religion. Their holy mission is to use the coercive power of the State to remake man and society in their own image, according to an abstract ideal of perfection. Whatever means they use are therefore justified because, by definition, they are a virtuous people pursing a deific end. They are willing to use any means necessary to gain momentary advantage in achieving their end, regardless of collateral consequences and the systemic implications. They never ask whether the actions they take could be justified as a general rule of conduct, equally applicable to all sides.

Conservatives, on the other hand, do not seek an earthly paradise. We are interested in preserving over the long run the proper balance of freedom and order necessary for healthy development of natural civil society and individual human flourishing. This means that we naturally test the propriety and wisdom of action under a “rule of law” standard. The essence of this standard is to ask what the overall impact on society over the long run if the action we are taking, or principle we are applying, in a given circumstance was universalized – that is, would it be good for society over the long haul if this was done in all like circumstances?

For these reasons, conservatives tend to have more scruple over their political tactics and rarely feel that the ends justify the means. And this is as it should be, but there is no getting around the fact that this puts conservatives at a disadvantage when facing progressive holy far, especially when doing so under the weight of a hyper-partisan media.

This certainly explains why Barr is willing to do and say anything in defense of Donald Trump. Not only does he believe in a strong executive in the first place, but he literally thinks he’s conducting a holy war against the Democratic Party and the moral decay of America. This is the kind of apocalyptic language you find in chain email letters from people who think Breitbart is too mushy to win the war against godless liberalism.

Anyway, isn’t this “perfectibility of man” stuff way outdated? Has any progressive since, say, FDR even come close to espousing this old chestnut? I suppose there are bound to be one or two, but this is basically lunatic talk.

Speaking for myself, I believe that we humans are aggressively non-nonperfectible, which is precisely why I’m a liberal. Given our fallen state, the goal of politics should be to rein in our worst excesses and do the best we can to provide dignity and decent basic care to everyone. Generally speaking, we combine empathy for others with exciting things like cost-benefit analysis and RCT trials to figure out what legislative proposals seem most likely to take us a step forward to a fairer and more just society. If this counts as “willing to use any means necessary”—well, we liberals sure have stunted imaginations.

Outside of the most wackaloon corners of Congress, I have never heard a high-ranking government official say anything even near to Barr’s virtual declaration of war. Some others might believe it, perhaps, but they don’t say it out loud. Barr did.