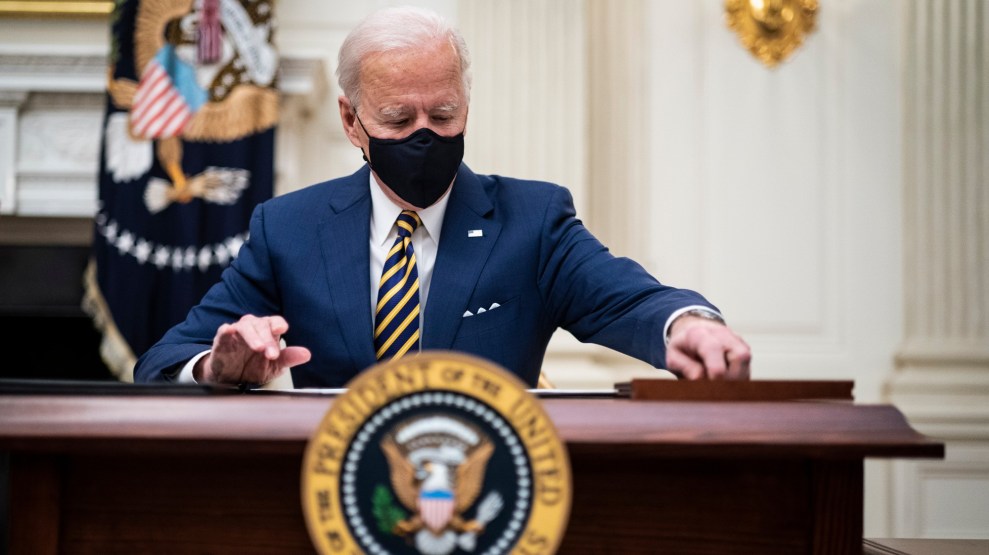 More than three years after Donald Trump tweeted into existence a ban against transgender service members, his successor has reversed it.

On Monday morning, President Biden repealed the controversial order ahead of the swearing-in of Defense Secretary Lloyd Austin. “Allowing all qualified Americans to serve their country in uniform is better for the military and better for the country because an inclusive force is a more effective force,” a White House press release stated. “Simply put, it’s the right thing to do and is in our national interest.”

Trump’s July 2017 tweets, which said the military would no longer “accept or allow” trans service members to serve “in any capacity,” eventually triggered a legal battle before a watered-down policy was implemented in April 2019. That policy, which the Pentagon refused to call a ban, barred enlistees who have had sex reassignment surgery or a “history of gender dysphoria” from joining the military—with limited exceptions. As I reported at the time:

Service members who are given a diagnosis of gender dysphoria after April 12 won’t be able to receive hormones or undergo sex-transition surgery. They will also be forced to adhere to the standards of their birth sex—determining everything from their names on paperwork to the length of their hair—which advocates compare to the days of Don’t Ask, Don’t Tell, when queer service members could only express their true selves in private.

Now that ban is history and the lawyers who fought to defeat it in court are celebrating.

“President Biden’s order allows us to put this shameful episode behind us and marks the beginning of a much brighter era in which military service is once again based on a person’s qualifications, not on who they are,” Shannon Minter, legal director of the National Center for Lesbian Rights, said in a statement. “Transgender people have proved their fitness to serve and ask nothing more than the opportunity to do so based on the same standards that apply to others. This is a great day for our nation and a welcome relief from the negative and divisive policies of the past four years.”

Biden’s order reversing the ban also directed the military to reexamine and correct the records of service members affected by Trump’s policy. For members of the military whose status in the military was thrown into limbo following Trump’s tweets, the reversal finally provides some stability.

“President Biden’s restoration of open service recognizes transgender service members as an integral part of our military and closes a dark chapter of history,” Emma Shinn, a Marine Corps captain and president of advocacy group SPART*A, said in a statement. “I am elated that the approximately 15,000 transgender service members proudly serving across the globe can rest easier knowing that their service to our nation is seen, valued and that they can continue to serve as their authentic selves.”