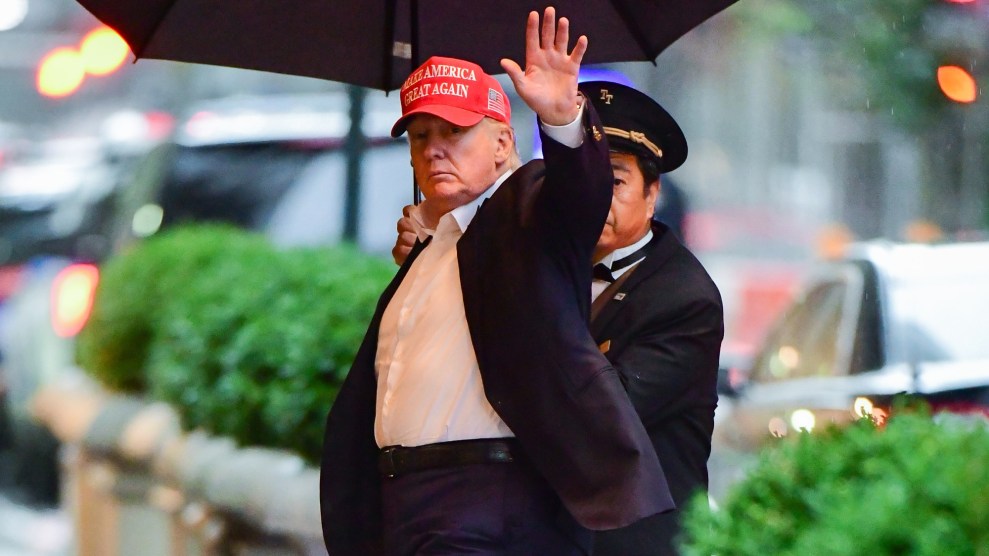 Manhattan District Attorney Cy Vance’s investigation of former President Donald Trump’s namesake business appears to be picking up—and one or more additional Trump associates may soon be in legal jeopardy because of a cache of documents recently uncovered by investigators.

Allen Weisselberg, the chief financial officer for the Trump Organization, who was indicted on tax charges, will likely head to trial next summer, but according to Weisselberg’s attorney, he may not be the only member of Trump’s inner circle facing criminal charges. During a brief scheduling hearing in New York Supreme Court in Manhattan on Monday morning, Bryan Skarlatos, a lawyer representing Weisselberg, said that his team needed much more time to begin going through 6 million pages of discovery documents handed over by Vance’s office and that he expected more indictments in the case.

“We have strong reason to believe there could be other indictments coming,” Skarlatos told the judge, holding up a package of documents. “It was represented to us by the [district attorney’s office] that this package includes documents found in a co-conspirator’s basement that are tax documents.”

Manhattan prosecutors are expected to ask Michael Cohen, Trump’s former personal lawyer, to help them unravel these newly seized documents, according to a person with knowledge of the probe. Cohen has met regularly with prosecutors working for Vance and has assisted them in understanding the inner workings of the Trump Organization. His new involvement would be another signal that the Manhattan DA is stepping up his probe.

Lanny Davis, Cohen’s attorney, said that Cohen “continues to cooperate with the DA’s office in New York with the ongoing investigation” and emphasized that Cohen has done so voluntarily without receiving or requesting a subpoena. Davis declined to comment further on the details of Cohen’s cooperation. Cohen also declined to comment.

Vance indicted Weisselberg earlier this summer on 15 charges that he participated in a scheme organized by the Trump Organization to help avoid taxes by reducing his salary while compensating him with perks, including an apartment he didn’t have to pay rent on; the use of luxury cars; and tuition for his grandson’s private school. According to an indictment filed by Vance’s office—that also charged the Trump Organization itself—the former president’s company kept two sets of books. One showed Weisselberg’s actual compensation, including these benefits; the other, which was used to prepare taxes, showed a much smaller amount ostensibly representing his salary.

Vance’s office has so far stopped short of pinning legal blame on Trump himself. But prosecutors on the case have made it clear they believe that the scheme to avoid paying taxes went to the top of the organization and that Weisselberg was not alone in benefitting.

“As spelled out in the indictment, this was a 15-year long tax fraud scheme involving off-the-books payments,” Assistant Manhattan District Attorney Carey Dunne said during Weisselberg’s arraignment in July. “This is not a ‘standard practice in the business community,’ nor was it the act of a rogue or isolated employee. Instead, it was orchestrated by the most senior executives, who were financially benefitting themselves and the company, by getting secret pay raises at the expense of state and federal taxpayers.”

The indictment against Weisselberg also notes that Trump personally signed some of the checks prosecutors  contend are part of the alleged tax fraud scheme.

Following Weisselberg and the Trump Organization’s indictments in July, legal pundits split on whether the charges meant Vance’s investigation had lost steam. These indictments, several legal experts told Mother Jones, suggested that Vance’s office had concluded that it wasn’t going to get Weisselberg, who worked as Trump’s accountant for decades, to cooperate. But this new influx of documents and the revelation that some of the material came from a raid of a possible co-conspirator appear to show Vance’s squad is still digging.

On Monday, Skarlatos said this new trove of documents necessitated more time for his team to review everything that investigators have collected. The judge in the case partially agreed and set deadlines for early 2022 for initial pre-trial filings, pointing to a late August 2022 trial date for Weisselberg.

Weisselberg has apparently refused to testify against his boss—he remains employed by the Trump Organization—even though Vance has pulled in his adult son Barry Weisselberg, who worked for Trump managing the Wollman ice skating rink in Central Park, and questioned him about the perks he received from the company.

Vance has reportedly also been focusing on Matthew Calamari Sr., another senior member of Trump’s entourage. Calamari has been employed by Trump for more than four decades, working his way up from a personal bodyguard to his current role as director of corporate security. Like Weisselberg’s son, Calamari’s adult son, Matthew Calamari Jr., also worked for the Trump Organization and earlier this month was brought in to testify before Vance’s grand jury.