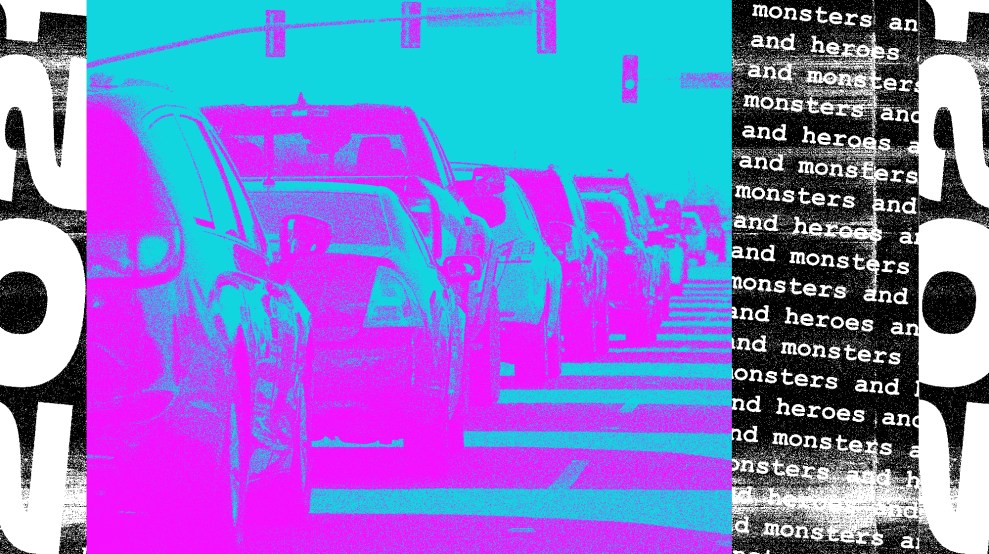 In American politics, deaths involving automobiles are discussed, when they are discussed at all, as a sort of fatalistic unit of measurement by which other kinds of deaths might be diminished. When the death toll from COVID-19 began to surge in this country in the spring of 2020, then-President Donald Trump invoked the high number of people who die as a result of car crashes to make the case for moving on. “That doesn’t mean we’re going to tell everybody no more driving of cars,” he said. If you ever talk about regulating firearms, a Republican member of Congress will appear like Candyman to tell you that actually cars kill more people.

Those arguments tend to fall a few fries short—the coronavirus, after all, has gone on to kill more Americans than the Civil War. But these are not really factual arguments so much as expressions of principle: The point these people make when they invoke the death toll of cars is that it represents something inevitable and therefore unsolvable, a tax we all pay for the whims of human fallibility. Offering a sheen of authority to this line of thinking, state and federal transportation agencies often claim that 94 percent of crashes are the result of human error. And what’s a government supposed to do about that?

But there’s nothing inevitable about it. The danger posed by cars—to passengers, pedestrians, cyclists, and the climate—is the product of policy. And in the last few years, the consequences of those policies have been particularly severe. Even as the number of vehicle miles driven plummeted in 2020, the number of people killed by cars grew by the highest percentage in 96 years. At the time, experts chalked that up to the variances of pandemic life, as open roads and anxieties enabled more reckless behaviors. But in 2021, passenger and pedestrian deaths rose even higher.

The increase has played out across the country, but it’s felt particularly acute where I live. The New York Times reported that as of mid-September, “At least 189 people—including 87 pedestrians and 12 cyclists” were killed in car crashes in New York City. That was up ”nearly 26 percent from the same period last year and the highest number of deaths in that period since 2013.” That same month, a driver with 91 speeding tickets killed a three-month-old in a stroller in my neighborhood in Brooklyn.

The rise in pedestrian deaths has coincided with the Clifford-esque growth of American trucks and SUVs over the last two decades. “Since 1990, U.S. pickup trucks have added almost 1,300 pounds on average,” the author Angie Schmitt wrote in Bloomberg this spring. As trucks and SUVs—which now dominate the market on new sales—have gotten bigger, their center of mass also gotten higher, which means that when they hit a pedestrian, they can strike them right in the organs, reducing the likelihood that a victim will survive. (Their XXL hoods and front grills also make it difficult to see pedestrians at all.) The popularity of these vehicles tells a story about the American consumer, certainly, but they’re also a product of the regulatory state. SUVs, for instance, are held to a lower emissions standard than other passenger vehicles because they’re technically classified as “light trucks” rather than cars. And auto manufacturers have been required to score the vehicle’s effect on passenger safety, but not pedestrian safety. That’s how you end up with tanks in the daycare pickup line.

During the pandemic, car sales soared in New York, as people looked for alternatives to public transit. There are 100,000 more cars on the streets now than there were before the pandemic began. You can feel this congestion in a visceral way; even our new mayor was caught driving on the sidewalk. But with work and travel disrupted, we also got a glimpse of a lifestyle that embraced the density and walkability that can make city-living special. There were blocks and blocks of open streets, free of most cars. Bike-share ridership exploded. E-bike sales soared. City-provided car storage gave way to curbside seating for restaurants. You could find Chuck Schumer on a random Sunday afternoon singing on the street with a live band. In the midst of a lot of governmental incompetence, New Yorkers stumbled on a better way to do things—livelier but also quieter, cleaner, healthier; prettier, cheaper, less dangerous, less miserable.

I got traffic-pilled, and once you get traffic-pilled, you start to see the power of the car everywhere. New York can’t store garbage in sealed, street-side containers like more forward-thinking cities because New York needs those spaces for private cars. (Which means everything smells all the time, yes, but also when it rains, the exposed garbage clogs the drains and aids flash floods.) Traffic enforcement, the historian Sarah Seo argued in her book Policing the Open Road, is arguably the glue for modern policing; it provides the legal structure, arbitrariness, and incentives, that make cops omnipresent.

It’s easy to start sounding like Andy Rooney if you’re not careful. (Probably a terrible driver, too, if we’re being honest.) I once went on a 22,000-mile road-trip and blogged about it for this magazine—I get the appeal of going on a long drive and, like, pumping gas at Buc-ee’s. No one’s coming to take away your car. Besides, after a century of accommodation, after the gutting of public transportation infrastructure and inter-city train and bus service, after decades of racist highway construction and planning that destroyed old communities and forced new ones to be more car-dependent, we’re sort of stuck in the imprint of a world created for the automobile for a while.

But the status quo that’s killing so many people and also the planet is a sum of a lot of different things governments and communities have the power to change. It’s a choice to add more new lanes to highways when studies show it only makes traffic worse. It’s a choice to let companies sell cars that do maximum damage to humans, or to essentially legalize vehicular homicide, or to focus enforcement resources on jaywalkers, or to let tractor trailers with bad visibility drive on dense city streets, or to subsidize parking and gas, or to mandate voluminous lots for new developments, or to fight congestion pricing, or to frame investments in popular alternatives such as e-bikes as niche hippie shit, or to let purportedly self-driving car companies beta-test their very-much-not-self-driving product on public streets.

David Zipper, a visiting fellow at the Harvard Kennedy School who focuses on issues of urban mobility, recently noted in The Atlantic that the idea that 94 percent of deaths are caused by human error is itself a myth that masks yet more choices—namely, those made by car companies and traffic engineers. You can design better, safer, slower roads and cars, and it’s not some huge mystery as to how.

The good news is that the infrastructure bill President Joe Biden—famously, a Car Guy—takes actual, tentative steps toward treating car safety in the United States with the same minimum threshold of seriousness with which it’s already treated in Europe. Among other things, the law mandates that auto manufacturers develop ratings for how safe their vehicles are for pedestrians—something they’ve resisted here for years—and instructs the Department of Transportation to produce guidelines for the front-end design of those cars. There’s also a provision to mandate in-car technology to prevent intoxicated people from driving—another long-sought reform.

The bad news is that such infrastructure packages are called “highway bills” for a reason. And for all its genuinely good components—subsidies for e-bikes and bike-share programs and electric cars; funding for mass transit; a potentially transformative $47 billion in climate spending—one of the signature domestic policy achievements of Joe Biden’s first year in office also does a lot to lock in the kind of car culture we ought to be rolling back if we want to make communities and the planet more livable.

I don’t have a ton of answers here, but in my defense, I’m not in charge of anything. I don’t even own a car! I just know that what we have now is neither desirable nor sustainable. It is killing the planet and kids and delivery workers and other drivers; it’s turning reasonable people into maniacs before 8 a.m.; and it sucks that we’ve oriented society around accommodating and incentivizing the most destructive sorts of vehicles to the maximal extent possible. Dial it back a little bit, is all I’m saying. Light slightly fewer billions of dollars on fire with highway expansion projects in 2022. Act as if you believe it when you say you want more people riding the bus, and clear some streets so they’re worth riding. Stop indulging bored billionaires. Install some roundabouts while you’re at it. Make trucks that merely look like trucks looked like in 1995, rather than trucks that look like they just ate a smaller truck and are having trouble digesting it.

Or don’t do any of that. Just…for the love of God, please stop letting Tesla owners play solitaire while they drive.