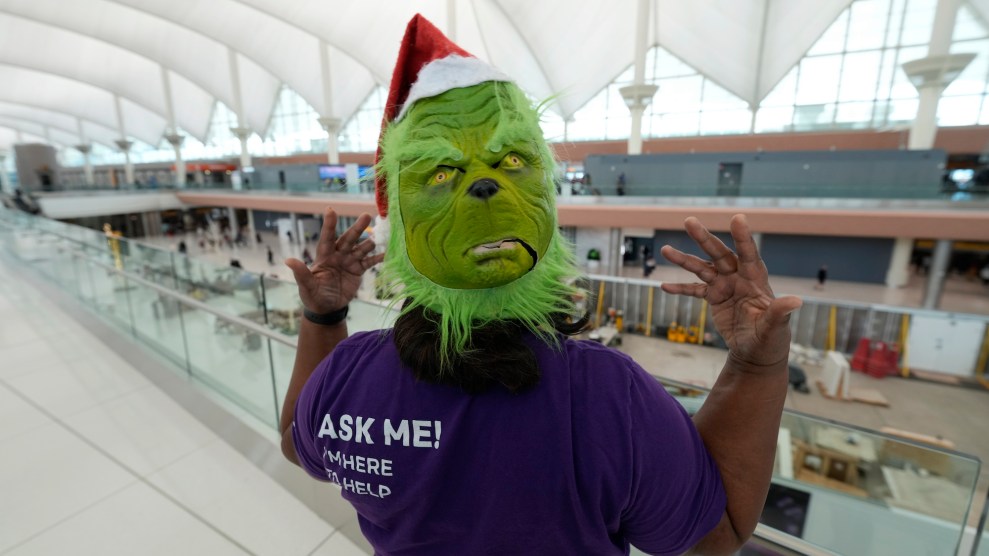 Last week, the Omicron variant of the novel coronavirus swept across the United States just as millions of people were preparing to visit family for the holidays. The spike in Covid infections hit the airline industry hard, causing employees to call in sick at high rates during the busiest time of the year. Predictably enough, a cascade of flights had to be canceled, leaving tens of thousands of passengers stranded in airports.

Omicron is also hammering hospitals. As the New York Times reported Christmas Day, “[H]ospitals in Ohio running low on beds and staff recently took out a full-page newspaper advertisement pleading with unvaccinated Americans to finally get the shot. It read, simply: ‘Help.'”

The situation there is dire. The state “now has the country’s highest rate of Covid-19 hospitalization, and doctors say emergency rooms and I.C.U.s are running out of beds,” the Times notes. “They are being forced to call people in from holiday vacations as growing breakthrough infections whittle away at their staff levels.“

And other regions of the country are moving in the wrong direction as well, with surges reported in Arkansas, California, Delaware, Florida, Missouri, New Jersey, New York, and more.

The newest new Covid wave comes at a time when efforts to fully vaccinate the nation have stalled, hitting a wall of anti-vaccine sentiment. More than 39 million American adults—15 percent of the adult population— remain unvaccinated, and a recent Kaiser poll found that 87 percent of unvaccinated Americans say the new variant won’t spur them to get the jab. It’s unvaccinated people who are causing the spike in hospitalizations.

But stubborn US anti-vaxxers aren’t the only obstacle to a return to normal. In much of the globe, vaccines are still largely unavailable. “About 73 percent of shots that have gone into arms worldwide have been administered in high- and upper-middle-income countries,” the New York Times’ global vaccine tracker web page reports. “Only 0.9 percent of doses have been administered in low-income countries.”

The global anti-poverty charity Oxfam recently calculated that “more doses of Covid-19 vaccines have been delivered to the EU, the UK, and the US in the six-week run-up to Christmas than African countries have received all year.” With more than 40 percent of the world’s population unvaccinated, the virus has ample opportunity to mutate and generate an entire Greek alphabet of variants that can spread globally, ruining very much more than just Christmas travel.