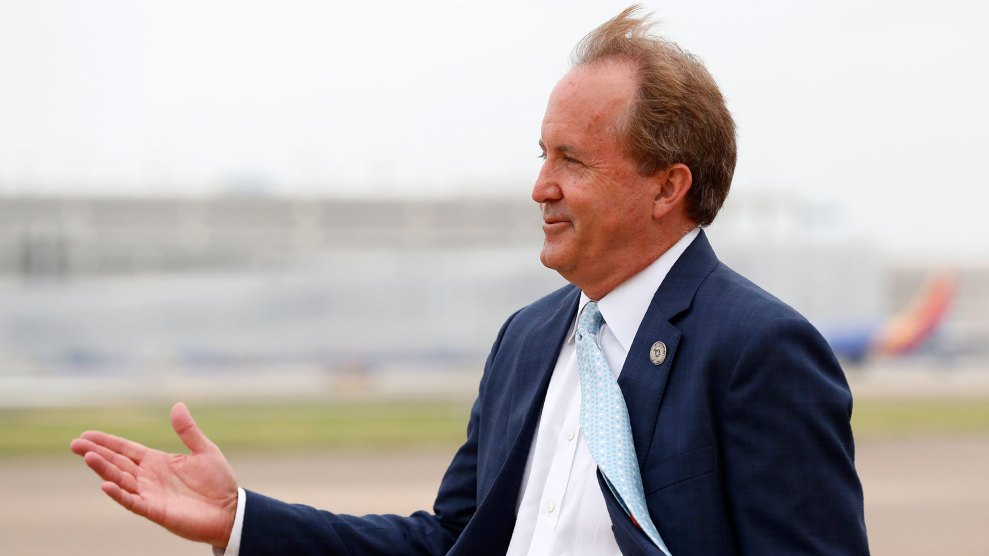 Ken Paxton was never going to have an easy reelection campaign. The Texas Republican attorney general, who filed a lawsuit in 2020 that would have overturned the presidential election by throwing out the electoral votes of four Biden-won states, has been under indictment since 2015 for alleged securities fraud. Much of his staff resigned en masse two years ago and accused him of using his office to benefit a businessman who had hired the woman with whom Paxton had conducted a lengthy affair. He’s drawn a number of primary challengers, including right-wing Rep. Louie Gohmert and state land commissioner George P. Bush, the nephew of the 43rd president.

But while polls still show Paxton lagging below the 50 percent threshold needed to avoid a runoff in next months’s primary, so far neither Gohmert nor Bush have gained much traction. And an interview Bush did this week with the Washington Post offers some explanation as to why:

When asked about the 2020 election in an interview, Bush contrasted Paxton’s unsuccessful lawsuit with what lawyers for his “Uncle George” did to prevail in Florida’s recount of the 2000 election.

“James Baker built an incredible legal team that went into the jurisdictions in question and challenged the legal standard that was applied to counting ballots,” Bush said in an interview. “That’s how you do it. You don’t wait until after an election, which is what Ken Paxton did, filing the most frivolous lawsuit in Texas history.”

“Do I disagree with the intent?” Bush added. “No, I don’t. But legally, it was laughable.”

In other words, Republicans would have been better off replicating George W. Bush’s legal strategy in Florida than Trump’s absurdist Four Seasons Total Landscaping bit. And that seems sort of obvious: Of course Republicans would have preferred to do the thing that worked, and to only have to do it in a handful of counties in one state. But James Baker had a far more plausible path to doing that than Trump’s team did, because the 2020 election wasn’t actually close. The attempts by Republican lawyers to challenge the results in individual jurisdictions, as Baker did in 2000, were almost universally laughed out of court.

This is sort of the difficulty of running against someone like Paxton: The incumbent is speaking very shamelessly about the Big Lie, and his opponent is left sounding like someone who wants the coup to be means-tested.

Paxton is a bad lawyer (or at least he can play one when he wants to), but Bush has a hard time articulating why, because the textbook example of that—a brief that was submitted by a conservative activist and littered with inaccuracies, that was rejected by the Supreme Court, and that was so transparently in bad faith that it triggered a state bar investigation—was also so popular it got him invited to Washington and endorsed by the ex-president. Just like George P. Bush, staffers in the Florida attorney general’s office mocked the brief when it was first field. But then their boss signed onto it, too. Shamelessness, it turns out, is still quite useful in today’s Republican Party.