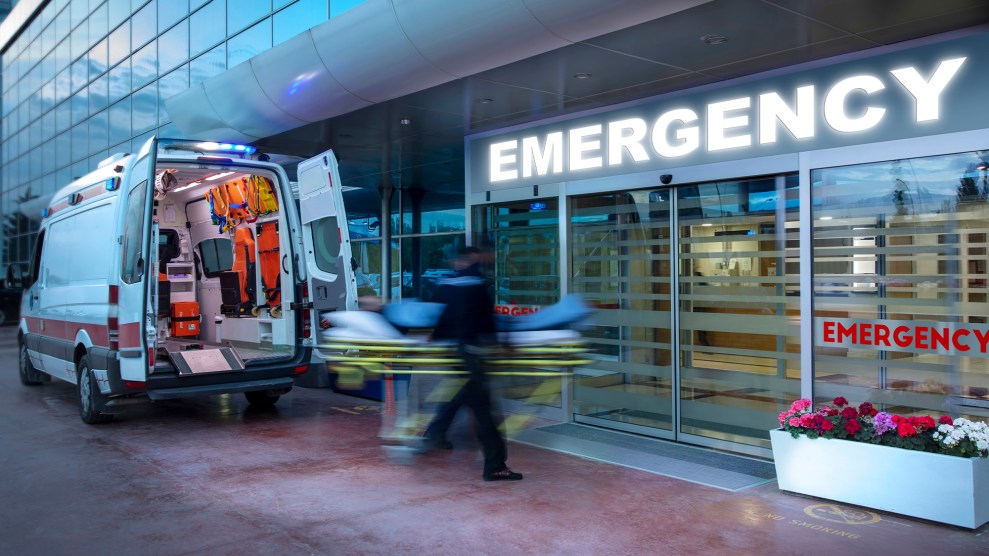 On Friday, the three credit reporting agencies announced a major change: They will wipe nearly 70 percent of medical debt from the credit reports of Americans. The move follows a report from the federal consumer watchdog earlier this month, which called out these agencies for counting $88 billion in these kinds of debts against Americans’ credit scores.

The three bureaus—Experian, Transunion, and Equifax—said in a joint statement that they “are making changes to help people to focus on their personal wellbeing and recovery.”

The shift will go into effect on July 1 of this year. On that date, medical debts that were previously paid will be erased from credit reports so they can’t be counted against people when they seek loans or undergo credit checks for employment. Unpaid debts that are less than $500 also will no longer be placed on credit reports. Unpaid medical debt that exceeds that amount will eventually appear on credit reports—but the agencies are increasing the time period before those debts would show up from six months to a year.

The bureaus said that they’re making these changes in acknowledgment of the fact that “two-thirds of medical debts are the result of a one-time or short-term medical expense arising from an acute medical need”—something far more Americans have experienced during two years of Covid and pandemic-era unemployment and economic uncertainty.

Medical debt is an enormous drain on Americans’ finances and credit scores. The Consumer Financial Protection Bureau (CFPB)—the federal agency that supervises debt collectors—published a report in March that quantified just how broad this burden is: They found that medical debt collections appear on 43 million credit reports, and that 58 percent of bills listed on credit records as being in collections stem from medical debt.

They also found that medical debts are more prevalent among Black and Hispanic households than white or Asian ones—echoing the findings of advocacy groups like the National Consumer Law Center (NCLC). The CFPB also found that medical debt is more common in Southern states, where low-income families have long had a harder time accessing health care because their states opted not to expand Medicaid coverage.

When announcing the report’s findings in March, CFPB director Rohit Chopra said that the agency expected the problem of medical debt to get even worse thanks to the pandemic, when many people deferred routine medical care to avoid potential Covid exposure or because hospitals were stretched thin with Covid patients. Given all this, he said the bureau would be scrutinizing the treatment of medical debt by the three credit reporting agencies, including whether it was appropriate for medical bills to appear on credit reports at all.

“The pandemic has exposed how quickly our country and our lives can change,” Chopra said. “As we look to recover, it will be critical that we ensure that patients seeking care do not find their financial lives ruined.”

Last week’s announcement by the credit reporting agencies appears to be a direct response to this promised action by the CFPB. Advocacy groups applauded the move. “We are thrilled,” said Chi Chi Wu, a staff attorney at NCLC, in an emailed statement. “Medical debt has damaged the credit reports of tens of millions of consumers for far too long.”