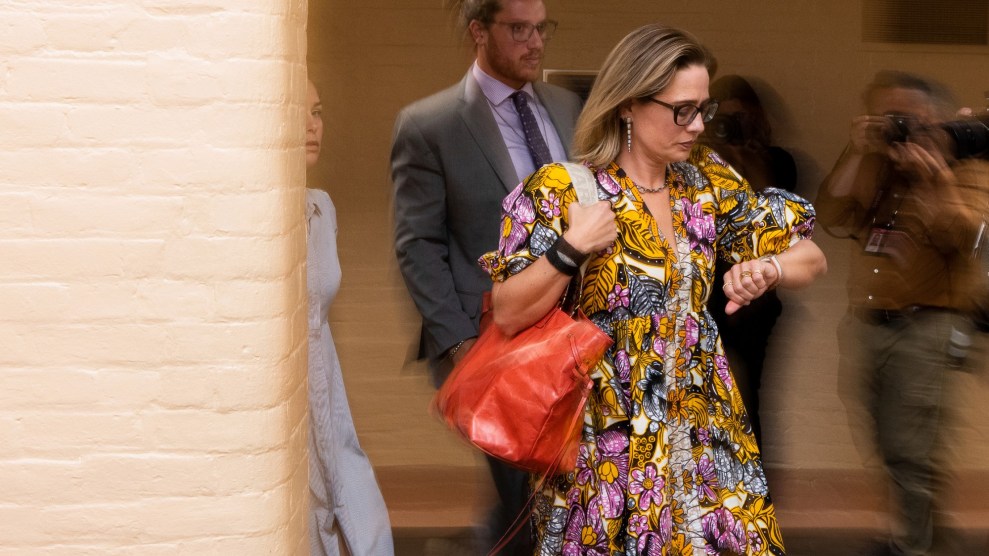 The most ambitious attempt yet to pass climate legislation in the US may have surprisingly won the crucial backing of a senator who owns a coal company. Now it faces a further, deeply ironic, obstacle—a lawmaker who was once a member of the Green party.

Last week, Joe Manchin, the centrist West Virginia senator who has been lavished by donations from the fossil fuel industry and made millions of dollars from his ownership of a coal-trading firm, stunned Washington by announcing his support for $369 billion in spending to boost renewable energy and slash planet-heating emissions.

Manchin’s backing of the bill, known as the “Inflation Reduction Act,” is critical given Democrats’ slender control of an evenly divided senate. But the fate of Joe Biden’s agenda, along with broader hopes of maintaining a livable climate, now appears to have shifted to another swing vote in the US Senate: Kyrsten Sinema.

It’s unclear whether Sinema, an enigmatic and elusive figure, will support the bill, which requires all 50 Democratic votes to pass in the face of unified Republican opposition to acting on the climate crisis. Sinema’s office has said the Arizona lawmaker will “need to review the text and what comes out of the parliamentarian process” before deciding whether to back it.

The uncertainty adds to a tortuous process that has stretched back for more than 18 months, with both Manchin and Sinema stymying Biden’s original plan for a $3.5tn bill that included sweeping measures to force down emissions.

A pared-down bill, which includes vast tax credits for clean energy and incentives to purchase electric cars has now, eventually, been agreed with Manchin, who on Sunday called Sinema a “friend” and that he “would like to think she’d be favorable to it”.

But there is no guarantee of Sinema’s support, given her mercurial career, which began as a Green party member who was anti-war and criticized capitalism, before becoming one of the most conservative Democrats in Congress. Since being elected to the US Senate in 2018, the first Democrat to do so from Arizona since 1976, Sinema has become best known for her colorful wigs, unconventional outfits, and calls for a bipartisan agreement with Republicans.

Her previous action to block Biden’s initial attempt at climate legislation has alarmed advocates and some scientists who warn the US is running out of time to act on global heating. “It seems distinctly possible that she will sink the bill, or make enough concessions to Republican opponents to climate action that the bill is rendered toothless,” said Michael Mann, a climate scientist at Penn State University.

“She seems much more interested in working toward the interests of her corporate donors than the people she is supposed to represent. I hope that my suspicions are proven wrong.”

“She seems much more interested in working toward the interests of her corporate donors than the people she is supposed to represent. I hope that my suspicions are proven wrong.”

Mann said that if Sinema does sink the bill, legislation that analysts said would slash US emissions by about 40% this decade, he would endorse a primary opponent to Sinema.

Although she rarely gives interviews or engages with many of her constituents, Sinema has previously expressed reticence to raise taxes on corporations and may look unfavorably at measures in the new bill, called “closing loopholes” by Manchin, that would require large companies to pay a certain level of tax.

However, backers of the bill say they are hopeful that Arizona’s vulnerability to rising temperatures will help convince Sinema of the need for significant action to reduce emissions. Arizona is one of the fastest-heating states in the US, with Phoenix enduring a record year so far for heat-related deaths. In May, Sinema toured the aftermath of a huge wildfire near Flagstaff that she called “sobering”.

“By supporting this bill Senator Sinema can help grow Arizona’s energy economy while protecting her constituents from the extreme heat, droughts, and wildfires that runaway climate change would inflict on them,” said Paul Bledsoe, a former US Senate staff member, who is now with the Progressive Policy Institute in Washington. “Those strong incentives make her support seem overwhelmingly likely.”

Mann said people in Arizona are “suffering the devastating consequences of climate change already, in the form of extreme heat, deadly floods, and wildfires. If she votes down this bill, it is a slap in the face of her constituents.”

Republicans have not given up hope of obstructing the bill’s progress, with Pat Toomey, a GOP senator from Pennsylvania, expressing optimism that Sinema could be convinced to vote against it.

“I’m not speculating about what she is going to do, but I do know there are some provisions in this field that she has had reservations in the past,” Toomey told Bloomberg on Monday. “I’m looking forward to chatting with her this week.”