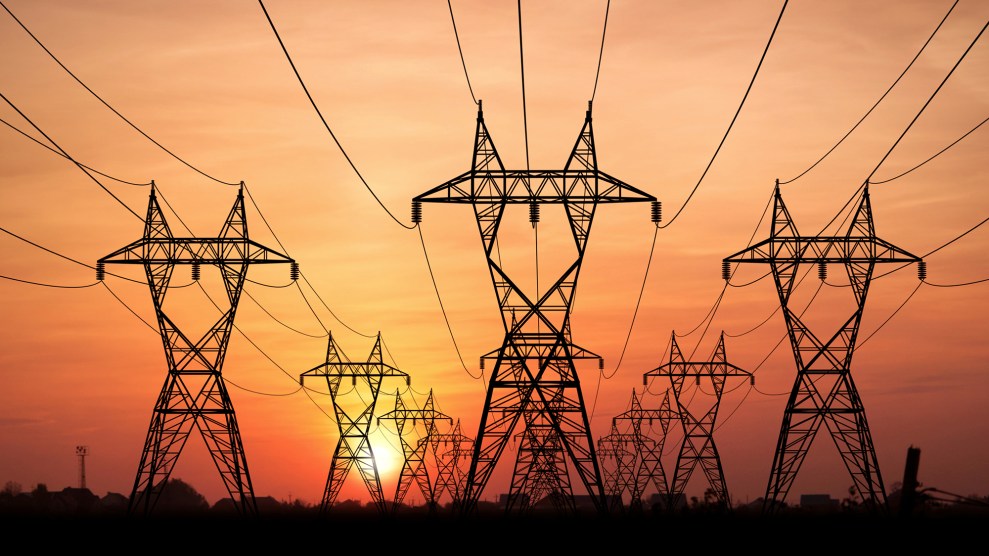 America’s electric utilities were aware as early as the 1960s that the burning of fossil fuels was warming the planet, but, two decades later, worked hand in hand with oil and gas companies to “promote doubt around climate change for the sake of continued … profits,” finds a new study published in the journal Environmental Research Letters.

The research adds utility companies and their affiliated groups to the growing list of actors that spent years misleading the American public about the threat of climate change. Over the past half decade, oil companies like BP and ExxonMobil have had to defend themselves in court against cities, state attorneys general, youth activists, and other entities who allege the world’s fossil fuel giants knew about the existence of climate change as far back as 1968, yet chose to ignore the information and launch disinformation campaigns. Recent investigations show the coal industry did something similar, as did fossil fuel-funded economists.

But while the role Big Oil played in misleading the public has been widely publicized, utilities’ culpability has largely flown under the radar. So researchers at the University of California, Santa Barbara began collecting and analyzing public and private records kept by organizations within the utility industry.

The authors analyzed public reports authored by utility companies or their affiliated groups between 1968 and 2019, as well as collected documents from watchdog groups. They found 188 external and internal documents referencing climate change from utility companies, research groups, trade associations, and other organizations closely linked to the industry. Two of the affiliated groups, the Edison Electric Institute and the Electric Power Research Institute, which authored or distributed most of the documents in the study, are the utility industry’s main trade group and research arm, respectively.

Emily Williams, a postdoctoral student at the University of California, Santa Barbara and the lead author of the study, told Grist that the documents provide a sense of when the utility industry’s climate denial began — and how it has evolved over time. The takeaways are stark: Utilities became aware of the dangers of burning fossil fuels in the 1960s and ‘70s, and acknowledged the risks it posed for the industry.

“If [climate change turned] out to be of major concern, then fossil fuel combustion will be essentially unacceptable,” an article by the Electric Power Research Institute stated in 1977. But for the next two decades, those same utilities promoted false doubt about humanity’s role in climate change and tried to delay action. An article from the Edison Electric Institute published in 1989 said that, “any plan calling for urgent and extreme action to reduce utility CO2 emissions is premature at best.”

By the 2000s, the industry and its related groups had publicly acknowledged the scientific consensus that humans are largely responsible for warming the planet, but shifted from a strategy of denial to one of delay. The sector has spent some $500 million over the past two decades lobbying Congress and state legislatures against renewable energy and climate policies.

“Utilities hold partial responsibility for today’s climate crisis, and for the pushback against policies to address it,” Leah Stokes, a professor of climate and energy policy at the University of California, Santa Barbara and a coauthor of the study, told Grist. “They need to acknowledge their role in spreading disinformation, and choose a different path.”

Williams, who lives in California, said the study is particularly timely now, as her state endures a record-breaking heatwave. “It really just makes me sit and wonder and think about where we’d be if not just for what utilities did, but for what oil companies, the whole climate change countermovement, did,” she said. “Something interesting about this study is we feel like we just scratched the surface, and it’s a matter of time before there’s maybe other documents that come to light.”