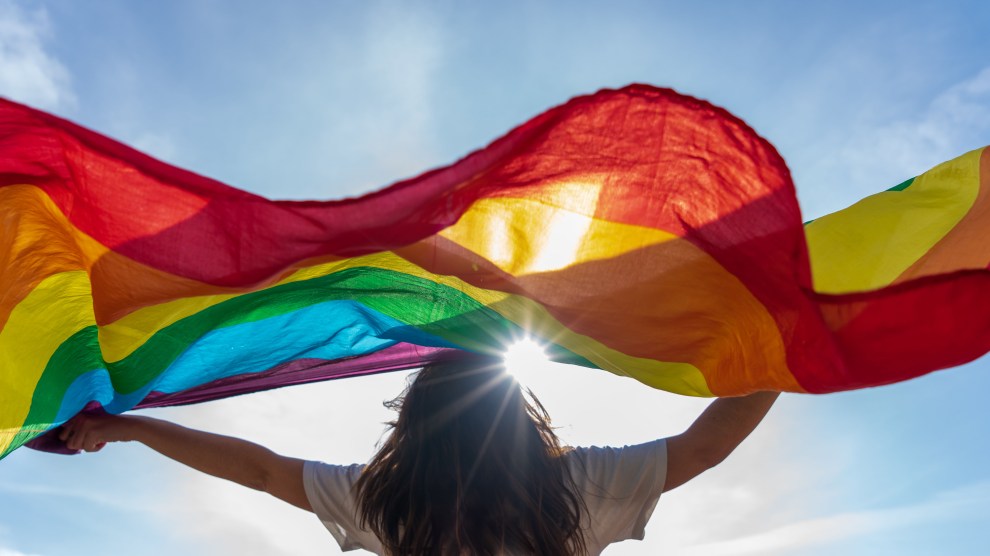 Transgender kids in Texas have dealt with a lot of BS over the past several months. Back in February, Gov. Greg Abbott ordered the state’s child welfare agency to consider sending children to foster care if their parents had ever let a doctor give them puberty blockers or hormone therapy—medical care that the governor equated with “child abuse.” Since then, many trans kids and their parents have fled the state. The ones who stayed have lived in constant fear that they might be separated.

But on Friday, families with trans children finally scored a big victory. A district court judge in Texas put a pause on the governor’s witch hunts by issuing a temporary injunction that prohibits child welfare officials from investigating any parents who are members of the group PFLAG, a national LGBTQ organization that sued to try to stop the investigations. The group has more than than 600 members in Texas, and people can join by making a small donation. Over the summer, the same judge halted investigations into a couple of families that were also plaintiffs in the lawsuit, but the ruling this week greatly expands the number of people who are protected from the governor’s order.

Among the families that sued were Adam and Amber Briggle, who live in the Dallas area with their two kids, one of whom is trans. Child welfare officials started investigating them in March. “Until now, we’ve been able to shield our children from the hatred that pervades our country’s politics, but I’m afraid now that it has walked through our door, it’s taking a toll on them mentally and emotionally,” Adam Briggle told me at the time. “You know, the consequences at stake for us are losing our child or uprooting our family.”

Since February, the Texas Department of Family and Protective Services has launched at least a dozen investigations into parents with trans kids, according to the Dallas Morning News. Prior to the ruling on Friday, the agency had already closed at least eight of those investigations without removing any children from their homes. But the investigations were still traumatic: A 13-year-old trans boy was pulled out of his classroom in the middle of the day and interrogated by state officials about his gender identity—an interaction that left him shaken, according to his mother. Another trans teen was so distraught that he attempted suicide hours after Gov. Abbott ordered these investigations in February. “The fact that these investigations happened at all is an extreme injustice,” Amber Briggle said in a recent interview with MSNBC. “It’s just a campaign of terror.”

The ruling on Friday means that trans children can finally breathe a little easier after months of hell. It is not the end of the fight for Texas trans kids, though. The state of Texas, represented by the Office of Attorney General Ken Paxton, plans to appeal. And the temporary injunction does not determine how the judge will ultimately rule on the lawsuits, which will continue to be litigated while the investigations are paused.