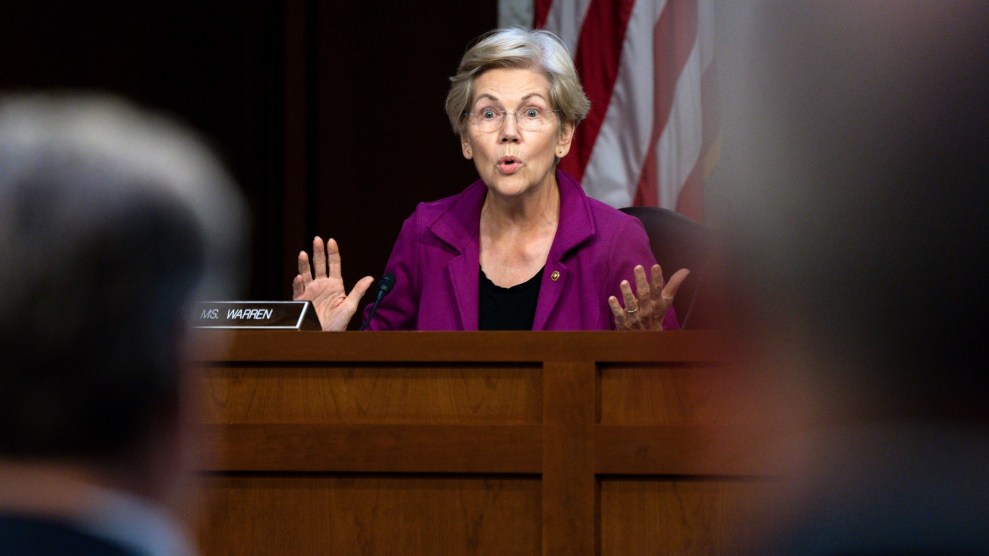 Senators in both parties are taking aim at the Brookings Institution, demanding details on funding agreements that, according to the lawmakers, could have allowed foreign governments to secretly influence policy prescriptions produced by the renowned establishment think tank.

The scrutiny follows the June resignation from Brookings of retired four-star general John Allen after news emerged that the Justice Department was investigating whether Allen violated foreign lobbying laws by advocating for Qatar while seeking payments from the Gulf state. The alleged lobbying occurred in 2017, while Allen, the former commander of US forces in Afghanistan, was a fellow at Brookings. Brookings listed Qatar as one of its top donors that year, with contributions of “$2,000,000 and above.” Brookings officials have said they did not know of Allen’s actions. Allen, who has not been charged with any crimes, denies that he acted as a Qatari agent. But the scandal has drawn attention to the think tank’s decades of ties to Qatar, as well as its funding from other countries.

“Brookings Institution needs to fully disclose all of its funding agreements.”

In a letter Monday, Sen. Elizabeth Warren said she has “significant concerns about agreements that Brookings has in place with foreign governments” and questioned if those deals undermine the organization’s independence. She asked Brookings to give her details of those agreements.

“Foreign governments, billionaire corporations, and the super wealthy should not be able to hide behind think tanks to secretly peddle influence and shape policy, and the Brookings Institution needs to fully disclose all of its funding agreements or it risks undermining its reputation,” the Massachusetts Democrat said in a statement to Mother Jones.

Think tanks have long offered foreign states a sort of backdoor means to advocate for their interests in Washington. Critics contend that by funding think tank programs, governments can effectively hire these organizations as lobbyists. The lawmakers’ scrutiny of Brookings is part of an intermittent effort by Congress to crack down on this practice.

Brookings has responded to criticism by noting it has internal policies aimed at ensuring that donors do not compromise the independence of its scholars. “Brookings will respond to Senator Warren’s inquiry to assure her of our full commitment to upholding the independence and integrity of our work,” a spokesperson for the organization said Monday. “As a leading global think tank, we remain interested and available to work with Members and Senators on important public policy questions in this regard.”

Warren and other senators have previously raised concerns about a 2007 agreement through which Qatar pledged $5 million to help Brookings set up an outpost in Doha. Politico reported in June on a memorandum of understanding between Brookings and Qatar that gave the Qataris substantial influence over that center. The agreement required the head of the center to “engage in regular consultation” with Qatar’s foreign ministry and gave the ministry power to approve the center’s budget and programing.

Sen. Chuck Grassley of Iowa, the top Republican on the Senate Judiciary Committee, last week introduced legislation that would require nonprofits working to influence US policy or public opinion to publicly report all funds received from foreign governments or organizations. It would also require them to make public “all written contracts, agreements, or memoranda of understanding…with any foreign principal.” The bill text cites Brookings’ 2007 agreement with Qatar to explain why such disclosures are needed. “Congress currently is unable to determine what other agreements that the Brookings Institution or other influential think tanks have with foreign governmental entities, a void which has already been exploited by at least Qatar,” the bill says.

Grassley, along with GOP senators Ted Cruz (Texas), Tom Cotton (Ark.), and John Cornyn (Texas), argued in an August 16 letter to the Justice Department that Brookings had violated the Foreign Agents Registration Act, or FARA, by failing to register as a lobbyist for Qatar following the 2007 agreement. Qatar exercised control over the center, which worked to influence US policy, the senators argued. “The Brookings Institution appears to be a foreign agent for the State of Qatar for purposes of FARA and should register as such with DOJ,” the letter said.

Brookings has said that it ended its connection to its Doha Center last year. A Grassley spokesperson, in an email, said Brookings should still register retroactively.

Warren wrote Brookings about Allen and Qatar in July, asking if the think tank had memorandums of understanding with countries other than Qatar. In an August 22 response, Amy Liu, Brookings’ interim president, said that Brookings does in fact have “funding agreements” with other foreign states. Liu said those agreements “require donors, including foreign governments, to acknowledge the Institution’s research independence.” But she did not say what the agreements require from Brookings, further delineate their terms, or name the countries involved.

Brookings’ 2021 annual report says it received money from Australia, the United Kingdom, Denmark, Norway, Japan, South Korea, Switzerland, Finland, and France, as well as from the US government, in the preceding year.