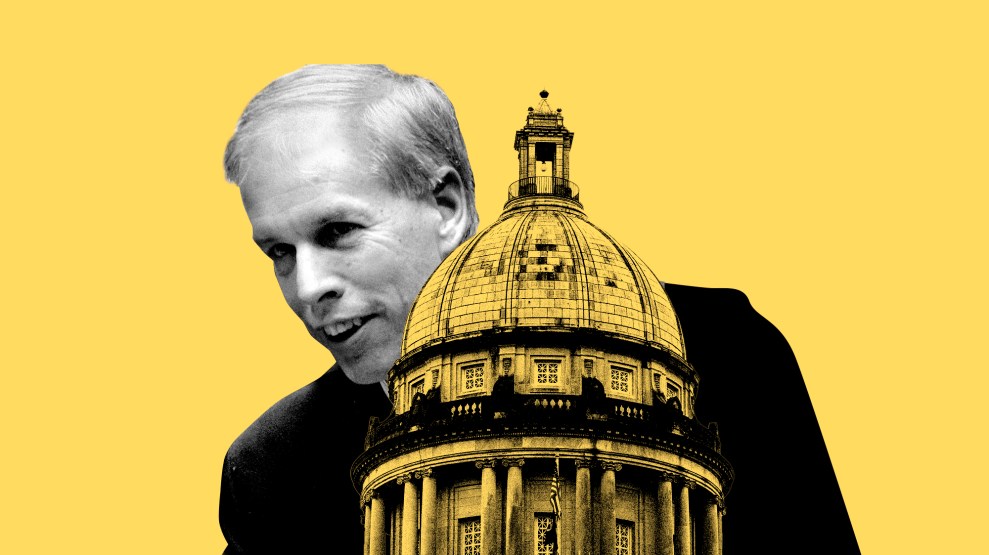 An anti-abortion crusader in Kentucky lost a critical race for a state Supreme Court seat that could impact the future of abortion rights in the state. Joseph Fischer, a lawyer and longtime Republican state representative, was vying for an eight-year term in Kentucky’s highest court against incumbent Michelle Keller, a registered independent. When the race was called by AP, Fischer trailed Keller by about 10 percentage points.

As a lawmaker, Fischer was behind the 2019 “trigger law” banning nearly all abortions—with a limited exception to save the life of the pregnant person—that went into effect following the Supreme Court decision in June to overturn Roe v. Wade. He also sponsored a proposal to amend the state constitution to explicitly say it does not include the right to abortion.

During this election cycle, four out of seven seats of Kentucky’s highest court were open. In another blow for the defeated candidate and a win for abortion rights supporters, voters in Kentucky rejected the Fischer-sponsored constitutional amendment that would have included language saying it “does not secure or protect a right to abortion or funding of abortion.” With that result, Kentucky reprises what happened in Kansas, where in August the majority of voters defeated an anti-abortion ballot measure. The issue of abortion in Kentucky is set to appear before the state Supreme Court as early as next week as the judges hear a legal challenge to the current near-total abortion ban.

Abortion remains banned in Kentucky, but today’s victory allows us to continue the legal fight to restore access. We are preparing to argue before the Supreme Court of Kentucky next week, seeking a temporary injunction that would restore access as our case plays out in court.

State judicial races have likely not been more than an afterthought for most voters, but perhaps they should be. With the US Supreme Court handing over important issues to the states, these supreme court judges will increasingly act as the final arbiters on anything from abortion to voting rights, including potentially settling future election disputes. In other words, they have become more important than ever.

As I reported earlier this month, these once-sleepy down-ballot races are now contested, hyper-partisan, expensive battlegrounds:

The Kentucky race is not unique. This year, 86 state Supreme Court seats—about a quarter of the country’s total—are up for election across 32 states in both nonpartisan and partisan contests. There are also retention votes, which are yes-no choices to keep appointed justices on the bench. In places like Kentucky, which has four of seven seats open, three of which are contested, the outcome of voting could change the balance and ideological composition of the court. What that means is that the stakes, dollars spent, and eyeballs on these once-sleepy down-ballot races are all escalating in places where incumbents generally have had few problems holding on to their positions. “These races are going to be the next big political frontier out there,” Adam Kincaid, the president of the National Republican Redistricting Trust, told Insider.

(🧵) Since 1976, elections for Kentucky’s highest court have traditionally been, at least on paper, nonpartisan as mandated by the state Constitution.

Perhaps more than any other candidate, Fischer exemplified the degree of partisanship being injected into state Supreme Court elections. Even though these judicial races in Kentucky are supposed to be nonpartisan, meaning that party affiliation is not listed alongside contestants’ names on the ballots, he ran as “the conservative Republican” candidate and included supposedly generic images of an elephant in his campaign materials. Fischer, who was endorsed by the anti-abortion group Northern Kentucky Right to Life, also boasted about receiving support from local Republicans. The Republican State Leadership Committee, a big spender on judicial races vowed to spend more money on these elections than in any other year. It channeled $375,000 towards an ad supporting Fischer that said, “Joe Biden and Nancy Pelosi’s socialist agenda threatens Kentucky families and our way of life.”

The victorious Keller, who was first appointed to the bench in 2013 by Democratic Gov. Steven Beshear, criticized her opponent’s choice to politicize the contest. “Judges and justices really can’t weigh in on hot-button political issues,” she said. “We have judicial, ethical rules that prohibit us from doing that, and for good reason…[T]he judges, the judiciary, need to be above partisan politics. Lady Justice is blind for a reason…And when you have judges that run as political party candidates or espousing a particular political ideology, or ideology on particular issues, then you run the risk of losing that impartial judiciary that we have really been the benefit of here in Kentucky.”