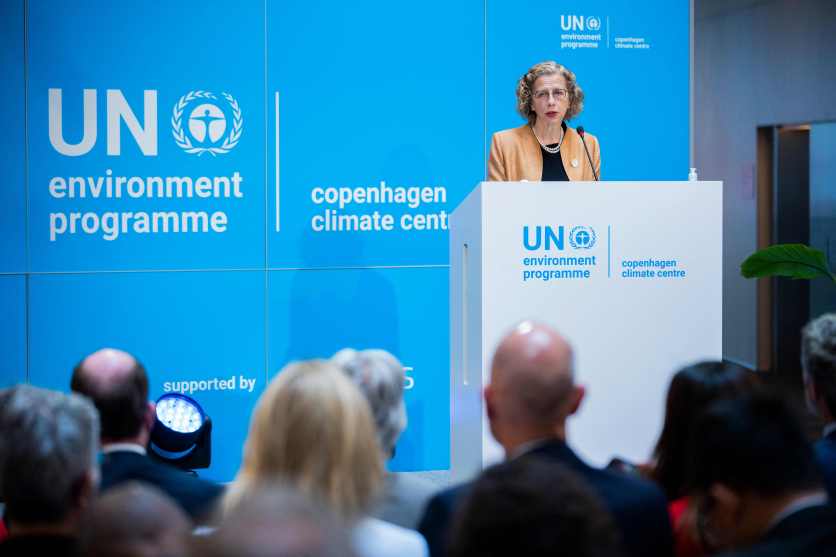 The UN’s environment chief has warned that “we are at war with nature” and must “make peace,” as countries gather at Cop15 in Montreal to agree a deal to protect the planet’s biodiversity.

“We’ve just welcomed the 8 billionth member of the human race on this planet. That’s a wonderful birth of a baby, of course. But we need to understand that the more people there are, the more we put the Earth under heavy pressure,” said Inger Andersen, the executive director of the UN environment program.

“As far as biodiversity is concerned, we are at war with nature. We need to make peace with nature. Because nature is what sustains everything on Earth…the science is unequivocal.”

“Right now we are on this trajectory of losing 1 million of our 8 million species on this planet.”

Andersen emphasized that the final text of any agreement must tackle “the five horsemen of the biodiversity apocalypse:” land-use change; overexploitation; pollution; the climate crisis; and the spread of invasive species.

More than 10,000 participants are expected at Cop15, which is scheduled to run until December 19, with ministers arriving in the second week to help finish the text. The draft targets included in the global biodiversity framework involve proposals to protect 30 percent of land and sea, repurpose billions of dollars of harmful subsidies, and tackle invasive species.

If governments are to reach an ambitious final agreement, China must show leadership in the talks, the EU’s environment commissioner, Virginijus Sinkevičius, told the Guardian.

China, which holds the presidency for Cop15, is the world’s biggest carbon emitter—although Canada, the US, and Australia have much higher CO2 emissions per capita. It will be the first time Beijing has taken the lead on a major UN environmental agreement. Cop15 was moved from Kunming to Montreal earlier this year due to China’s zero-Covid policy, but it still presents a chance for the country to show off its “ecological civilization” credentials to the world, a high-profile part of President Xi Jinping’s domestic agenda.

There had been fears that Beijing was trying to play down the summit, touted as a potential “Paris moment” for nature, after no world leaders were invited. China’s environment minister, Huang Runqiu, will preside over the talks in a similar role to Alok Sharma at Cop26 in Glasgow.

“I think the role of China is going to be crucial,” Sinkevičius said. “They have a lot of responsibility and as president [of Cop15], they are in a difficult position. I am happy with their engagement so far and they organized a ministerial meeting in Egypt during Cop27. We will have to see if that continues. If they want it to be a ‘Paris moment’ for nature, they have it in their hands but they have to lead.”

The biodiversity summit is key for limiting global heating to 1.5 C, according to the Paris climate agreement architects, who underscored the need to live in balance with nature at last month’s climate summit. G20 leaders also emphasized its importance in their communique at the summit in Bali, Indonesia.

Governments have never met UN biodiversity targets in full and Andersen said that a proper accountability mechanism—similar to the nationally determined contributions that countries submit through the climate process—was vital if the world was to deliver on its commitments this time.

“This is our third go at [agreeing biodiversity targets]. A lot of learning has gone into understanding what happened the previous two times, and what worked and what did not,” she said. “Right now we are on this trajectory of losing 1 million of our 8 million species on this planet. That’s clearly not a trajectory we want to be on. We need to change the actions that we need to do as human beings: we need to eat and live in ways that are nature positive.”