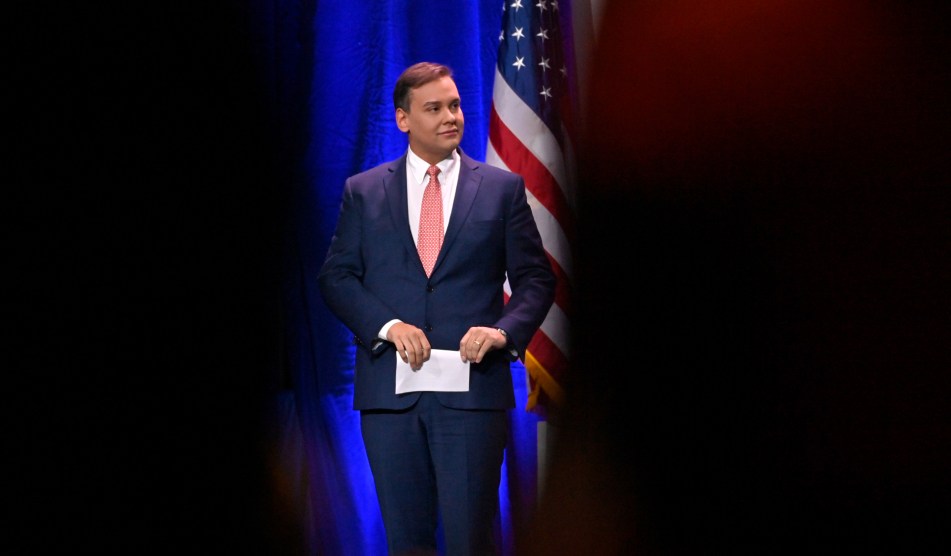 George Santos, the New York Republican who was elected to the House in November, has drawn much attention for his audacious lying. As a candidate, he said he had attended Baruch College. He said he worked for Goldman Sachs. He said he worked for Citigroup. Those were all lies. He claimed Jewish heritage and maintained that his ancestors had fled antisemitic persecution in Europe prior to World War II. It seems this was also a fabrication. (Santos told the New York Post he had made some things up but always has been clear that he was “Jew-ish.”)

There were other prevarications. But what’s most intriguing is the story he has told about his personal finances: how we went from making $55,000 a year in 2020 to scoring between $3.5 million and $11.5 million in 2021 and 2022 and being able to funnel $700,000 into his recent campaign. Santos tried to explain this in an interview this week with Semafor—but he only compounded the mystery with a story that contradicts his earlier accounts.

As Noah Lanard and I previously noted in an investigation of his finances, Santos declared on financial disclosure statements that he made his millions through a company called Devolder Organization LLC, formed in May 2021. (His full name is George Devolder Santos.) This was weeks after the Florida investment firm called Harbor City Capital where he was working had been accused by the Securities and Exchange Commission of running a Ponzi scheme. (Santos was not implicated in that purported con.)

Devolder had no public-facing operations, not even a website. On Santos’ campaign website in 2021, he described Devolder as his family’s company and said he was a managing member who oversaw “asset allocations” of $80 million. This made it seem he was managing an investment fund. Yet there is nothing in the public record that explains how he and his family supposedly came to oversee such a large fortune. Santos has said that he came from “abject” poverty. And the financial disclosure form Santos filed in 2020 during a losing House campaign recorded no signs of any personal wealth.

In April 2022, Santos provided a different description of Devolder to the Daily Beast. He reported that he had created Devolder to help “all the people who were left adrift” after Harbor City was charged by the SEC. He also said that Devolder had by then been dissolved. The Daily Beast also reported that Devolder was one of several stakeholders in Red Strategies USA, a consulting firm that did work for Tina Forte, a QAnon-ish challenger to Rep. Alexandria Ocasio-Cortez (D-N.Y.).

So, what was Devolder? An assets management firm handling his family’s supposed wealth? Or something else connected to political campaigning?

On the financial disclosure form Santos filed in September 2022, he characterized Devolder in yet another way. He termed it a “Capital intro consulting company.” The form stated that he had earned a hefty $750,000 in salary and between $1 million and $5 million in dividend income from Devolder in 2021 and the same amounts in 2022. This is a lot of money from a company that Santos said had been dissolved less than a year after it was created. It’s also just a lot of money, period—especially for someone who was pulling in $55,000 the year before this windfall.

As the Santos story moves forward, it’s the money that may matter the most.

Santos’ transition from a mid-income earner at a company that held investor conferences to a multi-million-dollar macher is puzzling. That’s quite a transformation, but one he apparently (and suspiciously) did not note or boast about when presenting his biography during the campaign.

As part of his recent PR offensive to counter the widespread criticism of his brazen lying, Santos spoke with Semafor, and he addressed—vaguely and briefly—Devolder:

Santos said that Devolder was also in the capital introduction business, including “deal building” and “specialty consulting” for “high net worth individuals.”

As an example of his work, he said a client might want to sell a plane or a boat. “I’m not going to go list it and broker it,” he said. “What I will do is I will go look out there within my Rolodex and be like: ‘Hey, are you looking for a plane?’ ‘Are you looking for a boat?’ I just put that feeler out there.” He said he had a network of wealthy investors, family offices, “institutions” and endowments that included about 15,000 people. Within the first six months of starting Devolder, he said he “landed a couple of million-dollar contracts.”

Santos did not respond to follow-up questions asking what the million-dollar contracts entailed, or if he could share the names of previous clients from his business.

This does not square with his initial description of Devolder as an $80 million fund that he managed—nor with his earlier statement that the firm was dissolved prior to April 2022.

And the numbers don’t add up.

If he actually landed a couple of million dollar contracts in the second half of 2021—and he made commissions between 1 and 2 percent—that would not bring in the millions of dollars he claimed to pocket.

Why the shifting explanations? What’s actually going on?

As the Santos story moves forward, it’s the money that may matter the most. It shouldn’t be hard for him to demonstrate what Devolder did, what he earned, and how he was able to pour $700,000 in his own money into his 2022 campaign. He could—and probably should—release his tax returns. That’s not a common practice for members of Congress. But Santos warrants such scrutiny. And after Congress convenes next week, the House Ethics Committee ought to initiate an investigation to determine if Santos filed accurate financial disclosure forms. Under the Ethics in Government Act, it is a federal crime to knowingly file false information; doing so can lead to a fine of up to $50,000 and imprisonment of up to 5 years.

Obviously, whatever Santos says about Devolder and his personal finances should not be taken at face value. The public needs to see his receipts.