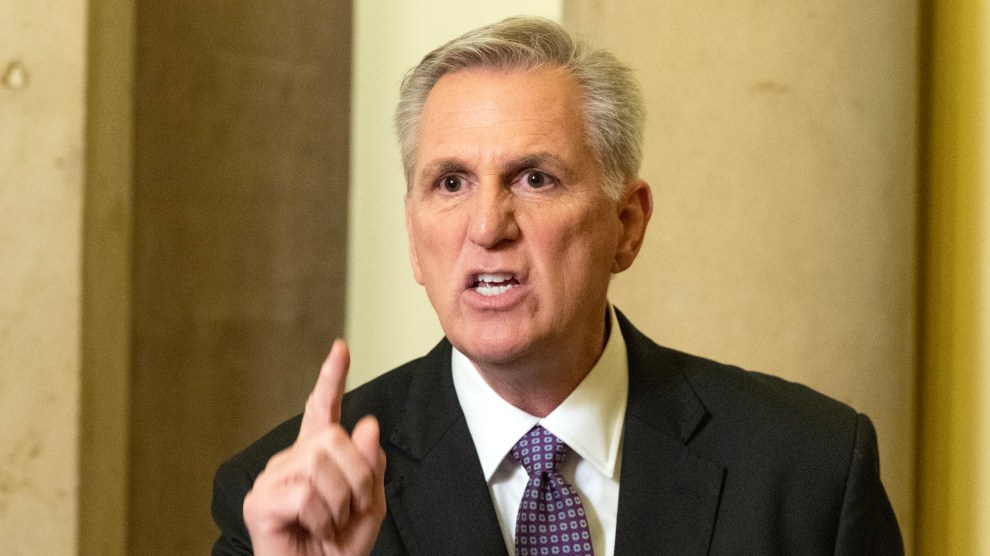 On Tuesday, House Majority Leader Kevin McCarthy (R-Calif.) lashed out at reporters who questioned his decision to remove Rep. Adam Schiff (D-Calif.) from the House Intelligence Committee, of which Schiff was the ranking Democrat.

McCarthy, who has been repeating these talking points for nearly a year, sounds convincing when he says that Schiff and Rep. Eric Swalwell (D-Calif.) made lies that should disqualify them from serving on the intelligence committee. But his comments don’t hold water.

In 2019 and 2020, Schiff was the lead manager in the impeachment proceedings against former President Trump. The investigation was sparked by a whistleblower complaint suggesting that Trump withheld military aid to Ukraine to pressure Ukrainian President Volodymyr Zelenskyy into investigating Joe and Hunter Biden. McCarthy suggested that Schiff had information about the whistleblower that he was not sharing with the public.

“When a whistleblower came forward, [Schiff] said he did not know the individual,” McCarthy told reporters yesterday, “even though his staff had met with him and set it up.” That’s partially true. A member of Schiff’s staff did meet with the whistleblower—a fact Schiff denied when speaking to the media. But there’s no evidence that Schiff knew who the whistleblower was, as Glenn Kessler explains in the Washington Post.

McCarthy also accused Swalwell of lying regarding his apparent relationship with a Chinese spy, for which the FBI had cleared him of wrongdoing. It’s a whole thing, explained here.

Both Schiff and Swalwell have made the sort of spin and exaggeration common among politicians. But it’s clear that McCarthy is cherry-picking moments of dishonesty to remove the most outspoken Democratic politicians from one of Congress’ most important committees. What about Rep. Elise Stefanik’s (R-N.Y.) bad-faith concerns about the integrity of the 2020 election—concerns that have come to be known as the “Big Lie”?

Kevin McCarthy booted Adam Schiff off the House Intelligence Committee because he “lied to the American public.” Hold up. Remember when McCarthy did exactly that? 🤔 pic.twitter.com/6gTd8iE7gG

Never mind that habitual liar Rep. George Santos (R-N.Y.) was deemed fit to serve on the Committee on Small Business and the Committee on Science, Space, and Technology. Or that McCarthy himself is serving as Speaker despite his blatant lie that he had never called on Trump to resign. As we reported in April, McCarthy called a New York Times report about his castigation of Trump following the January 6, 2021, insurrection “totally false and wrong.” Ah:

But then, in an extraordinary twist, the reporters went on the Rachel Maddow Show and played an honest-to-God recording of McCarthy detailing a plan to pressure Trump to resign from office.

The comments took place during a Jan. 10 meeting with Republican lawmakers, in response to a question from Rep. Liz Cheney. In the recording, McCarthy says that he planned to call Trump and recommend that he leave office voluntarily, using the threat of impeachment as leverage.

“I will not be like Democrats and play politics with these,” McCarthy told reporters yesterday. But it’s hard to think of any other way to describe what he’s doing.