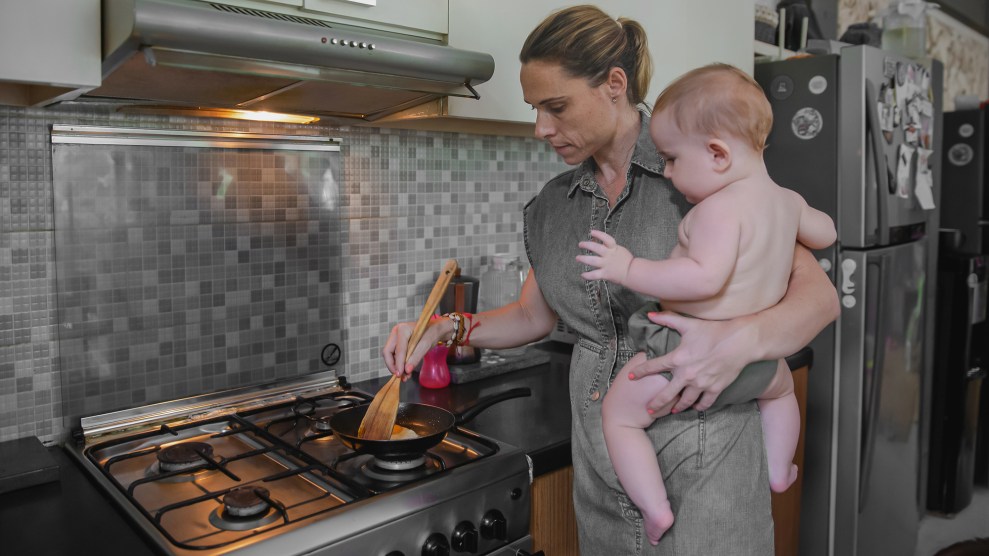 Around 650,000 American children, researchers estimate, may be suffering asthma attacks caused by gas stoves in their homes.Getty

About one in eight cases of asthma in children in the United States is due to the pollution given off by cooking on gas stoves, new research has found, amid moves by Joe Biden’s administration to consider the regulation, or even banning, of gas cookers sales to Americans.

Around a third of US households have gas stoves in their kitchens, with the gas industry long touting the method as the cleanest and most efficient way to cook food.

However, research has repeatedly found the emission of toxic chemicals and carcinogens from gas stoves, even when they are turned off, is creating a miasma of indoor pollution that can be several times worse than the pollution experienced outdoors from car traffic and heavy industry.

“We need to be talking about regulating gas stoves, whether that’s drastically improving emissions or banning gas stoves entirely.”

A new study has now sketched out the risk being posed to children exposed to pollutants such as nitrogen dioxide that spew from the stoves, finding that 12.7 percent of all current cases of childhood asthma in the US are due to the use of gas stoves.

Researchers said that this means that with around 5 million children in the US experiencing asthma, around 650,000 people aged under 18 could be suffering asthma attacks and having to use inhalers because of the presence of gas stoves in their homes.

Brady Seals, manager of the carbon free buildings program at RMI who undertook the research with epidemiologists in the US and Australia, said the prevalence of asthma due to gas stoves is similar to the amount of asthma caused by second hand smoking, which she called “eye popping.” Seals added: “We knew this was a problem but we didn’t know how bad. This study shows that if we got rid of gas stoves we would prevent 12.7 percent of childhood asthma cases, which I think most people would want to do.”

The possibility of banning new gas stoves, challenging their entrenched status in millions of American homes, was raised last month by Richard Trumka, a commissioner at the Consumer Product Safety Commission. Trumka said the pollution created by gas stoves is “concerning” and that the commission, which can set standards for consumer products, will consider regulating them this year.

“We need to be talking about regulating gas stoves, whether that’s drastically improving emissions or banning gas stoves entirely,” Trumka said. “And I think we ought to keep that possibility of a ban in mind, because it’s a powerful tool in our tool belt and it’s a real possibility here.”

The commission has come under pressure from Democrats to act on gas stoves, with a recent letter from a group of lawmakers, including the US senators Bernie Sanders and Elizabeth Warren, calling on the agency to set tough new performance standards for gas appliances and to launch a public education campaign on the dangers of cooking with gas.

Seals said it would’ve been “unimaginable” for the federal government to ponder banning gas stoves just a few years ago but said her optimism of such a ban was tempered by the commission’s lack of resources, slow decision making and the lobbying power of the gas industry.

A lack of options for low income people, and those who rent, to get rid of their gas stoves is another obstacle, although the Inflation Reduction Act, passed by Democrats last summer, included a rebate of up to $840 for people who buy a new electric induction cooking appliance.

“I’ve worked on cookstoves my whole career…and up to three years ago I would’ve been shocked if you told me the health impact.”

This rebate is primarily aimed at propelling the electrification of appliances in the US to move away from fossil fuels that worsen the climate crisis. Places such as New York City have banned gas hookups in new buildings to help accelerate this transition, although other jurisdictions at state level, such as Ohio, Oklahoma and Louisiana, have forbidden local authorities from doing likewise.

The new research, which analyzed the risk posed to children from gas emissions and the proportion of houses that have gas stoves, found that having the stoves greatly increased the risk of asthma, confirming previous studies that have looked into the issue in various countries.

Last year, researchers at Stanford discovered that levels of nitrogen dioxide emitted from gas stoves and ovens can rise above safe standards set for outdoor pollution by the Environmental Protection Agency (EPA) within just a few minutes, with the problem particularly acute in smaller kitchens.

The EPA currently has no standard for safe levels of the pollutant indoors, with the potential health problems posed by gas stoves still largely unknown or overlooked by many people who use them. Using range hoods, opening windows and electrifying aspects of cooking, such as by using an electric kettle to boil water, can all lessen the exposure to the pollution.

“I’ve worked on cookstoves my whole career, including people cooking with charcoal in the global south, and up to three years ago I would’ve been shocked if you told me the health impact of gas stoves,” said Seals.

“It’s a terrible irony that we spend most of our time indoors and yet there are no indoor pollution limits. There is still a lack of awareness of this problem, hopefully that is changing but it needs to happen at a much quicker speed. It will take a mix of consumer excitement about induction stoves and prices to come down for new stoves.

“We switched from coal to gas and this shift to electric will happen too, but it will take some work because our stoves are an appliance everyone interacts with, people feel attached to them.”