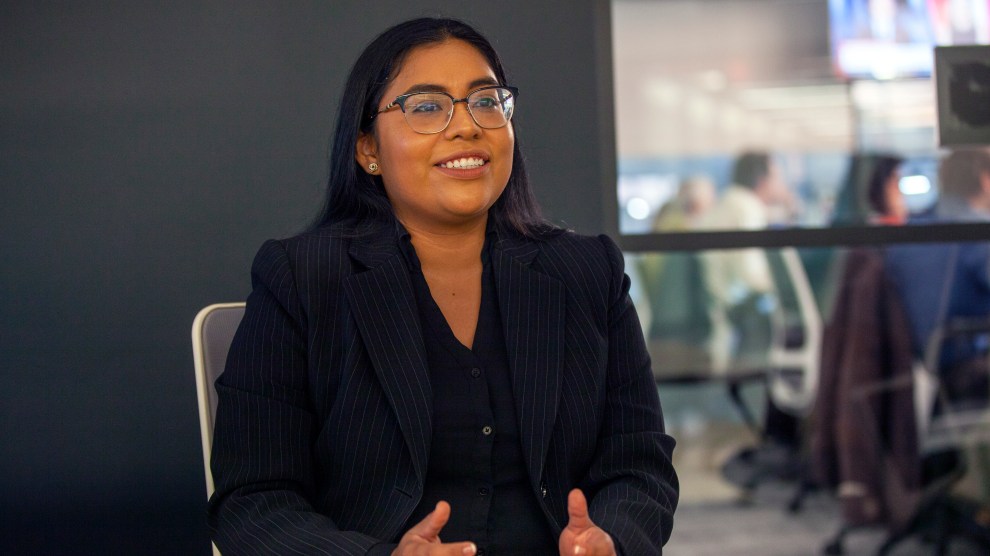 Jessica Cisneros, a young border Democrat, just narrowly lost to “Trump’s favorite Democrat,” in the Texas House District 28 primary. Cisneros, a 26-year-old immigration lawyer who ran on plans to demilitarize the border, gut the private health insurance market, and shutter privately run immigrant detention centers, fell short to Rep. Henry Cuellar—who “has a lifetime A rating from the National Rifle Association, opposes abortion rights, and has voted with President Donald Trump more often than any other Democrat in Congress.”

Her campaign evoked Alexandria Ocasio-Cortez’s 2018 grassroots ethos and upset victory over powerful New York Rep. Joe Crowley, pushing people to hope Cisneros’ campaign would be a litmus test for the larger progressive movement. As my colleague Tim Murphy wrote back in January:

There’s a lot riding on how well Cisneros does. If the kinds of policies she’s pushing, like the Green New Deal and Medicare for All, are going to take hold in the Democratic Party, they’re going to have to catch on in places like South Texas. Either you figure out how to sell universal health care to people crossing the border for a mammogram, or your movement withers on the vine. Cisneros’ success or failure will rest heavily on a question that a lot of Democrats are asking: Just how much of a revolution do people want?