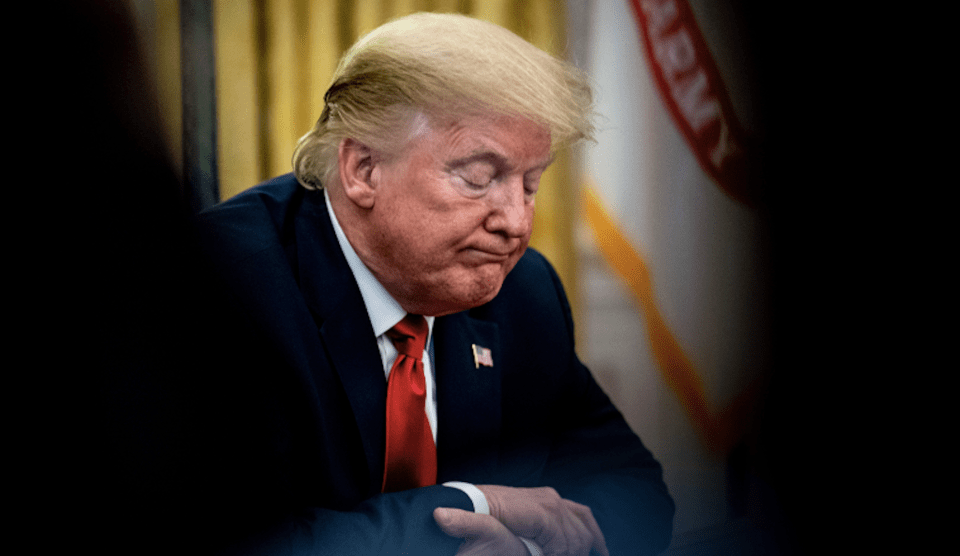 In a Twitter tirade shortly after midnight on Tuesday, Donald Trump lashed out a conservative super PAC that opposes his reelection bid after the group released an ad accusing the president of gravely mishandling the coronavirus crisis.

“There’s mourning in America, and under the leadership of Donald Trump, our country is weaker and sicker and poorer,” the Lincoln Project ad says—an allusion to Ronald Reagan’s 1984 “morning again in America” ad. “Now, Americans are asking, ‘If we have another four years like this, will there even be an America?'” the new ad concludes.

“I don’t know what Kellyanne did to her deranged loser of a husband, Moonface, but it must have been really bad,” the president tweeted.

“They’re all LOSERS, but Abe Lincoln, Republican, is all smiles!” he added.

….get even for all of their many failures. You see, these loser types don’t care about 252 new Federal Judges, 2 great Supreme Court Justices, a rebuilt military, a protected 2nd Amendment, biggest EVER Tax & Regulation cuts, and much more. I didn’t use any of them….

“Mourning in America” is the Lincoln Project’s second coronavirus-related attack ad to take inspiration from ads made famous by Reagan’s 1984 campaign. In March, as it became clear that Trump had downplayed the pandemic and wasted valuable time by failing to prepare for the crisis, the group released “Virus in the World,” which echoed Reagan’s “bear in the woods” ad—a Cold War-era attack on critics of Reagan’s hardline stance against the Soviet Union.

The late-night diatribe on Tuesday all but confirms that the group is hitting a nerve with Trump, particularly as reelection polls increasingly show him at risk of losing to Joe Biden in November.

Prominent critics of the president responded to his fury by sharing the video:

…is the best response to the President’s tweet thread. Here it is. Spread it around.https://t.co/YPUbWPSVwh