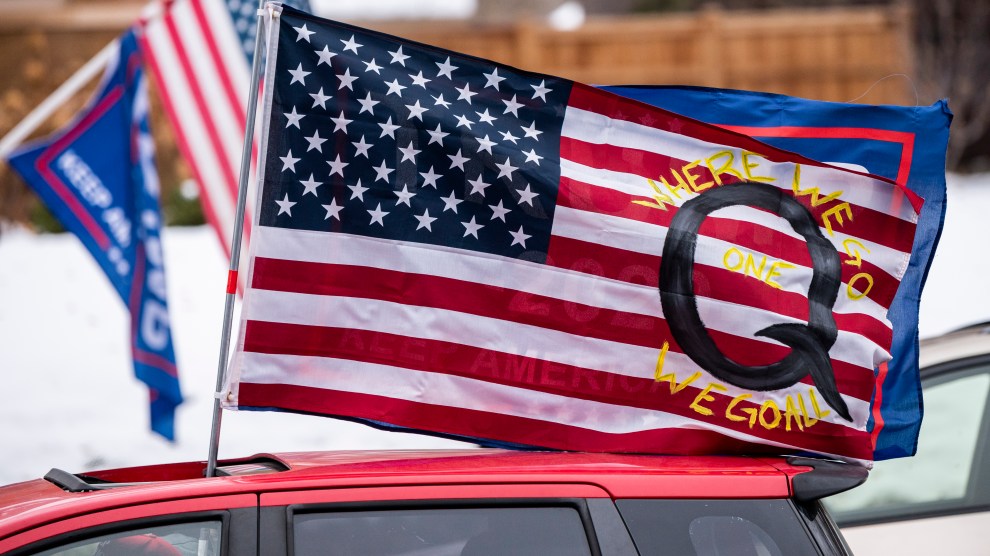 In his eagerness to push the conspiracy that the election was stolen from him, Trump has resorted to increasingly fringe figures posing as experts. Trump most recently did this on Wednesday night, tweeting out a segment from One America News Network that interviewed key QAnon enabler Ron Watkins, who claimed that Dominion Voting Systems could be hacked and suggested that the 2020 presidential election was tampered with.

It’s not clear what, if any, expertise Watkins has in election security.

Up until early November, Watkins, who wore a black cowboy hat for the interview, served as the administrator of 8kun, a message board owned by his father Jim Watkins. 8kun, and before that 8chan, have served as the internet home of Q, an anonymous poster who ludicrously claims to be a high-level government insider shedding light on a made-up battle between Trump and a purported pedophile ring run by liberal elites. The Watkins family is widely considered to be instrumental in the perpetuation of the far-right conspiracy theory, one that has produced multiple instances of violence, by maintaining the sites that host Q posts and vouching for the account’s identity through the sites’ transition.

It’s not clear what, if any, expertise Watkins has in election security. He had told the Daily Beast he was leaving his post at the site earlier this month to focus on woodworking. When asked to elaborate on claims regarding the vulnerability of Dominion voting machines, he declined, telling Mother Jones that he had “been advised not to discuss this topic.”

In his conversation with OAN, Watkins’ claims seemed to be based on reading a Dominion voting machine manual, possibly supplemented with other public records. While experts have long voiced serious concerns about the security of America’s voting systems, the existence of such vulnerabilities does not demonstrate that any manipulation or fraud occurred. Indeed, during his segment on OAN, Watkins only listed hypothetical scenarios under which voting machines could be exploited, and did not claim any actually happened.

Last week, the Department of Homeland Security’s Cyber and Infrastructure Security Agency said the election had been “the most secure in American history,” adding that “there is no evidence that any voting system deleted or lost votes, changed votes, or was in any way compromised.” A group of 59 of the nation’s most prominent independent voting security experts has since released a statement saying all such claims of failings are “unsubstantiated or are technically incoherent.”

OAN has established itself as a reliable source of extremely unreliable information in its willingness to routinely air stories whose sources are either entirely made up or lie in the musings of anonymous internet posters. As such, this isn’t the first time Trump has relied on fringe figures appearing on OAN with no expertise in voting systems. Last week on Twitter, he referenced a segment on the network whose “source” was just an anonymous poster on a pro-Donald Trump internet forum.