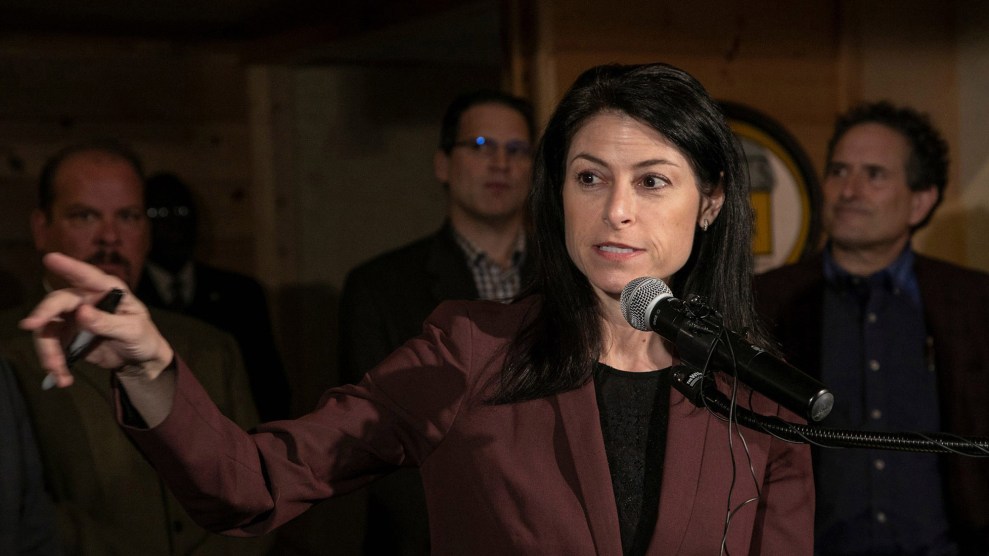 Michigan Attorney General Dana Nessel on Tuesday blasted a lawsuit filed by embattled Texas Attorney General Ken Paxton that seeks to overturn the election results in several swing states won by Joe Biden. In a statement, Nessel, a Democrat, called the effort a “publicity stunt” that’s “beneath the dignity of the office of Attorney General and the people of the great state of Texas.”

.@MIAttyGen @dananessel issued the following statement in response to the lawsuit filed by Texas Attorney General Ken Paxton seeking to overturn election results in Michigan and other states: pic.twitter.com/62Y4SLpiis

Paxton—a Republican who is reportedly under federal investigation over accusations of illegally abusing his position and is also under indictment in a separate, state matter—filed a lawsuit in the US Supreme Court Tuesday seeking to nullify the election results in Michigan, Georgia, Pennsylvania, and Wisconsin. Paxton is a staunch ally of President Donald Trump who has for years positioned himself as a conservative crusader, engaging in a high-profile effort to get the Affordable Care Act scrapped by the Supreme Court. His legal filing Tuesday alleges that changes to election procedures in those states violated state laws; that voters were treated differently in Democratic-controlled counties within those states; and that various irregularities occurred in those states. Therefore, he claims, the Supreme Court should allow those states’ Republican-controlled legislatures to appoint electors to the Electoral College, presumably handing the presidential election to Trump.

The suit comes a day after the Washington Post reported that Trump twice called the top Republican in the Pennsylvania House of Representatives to pressure legislators there to disregard the state’s election results and appoint Trump-friendly electors. Trump’s actions follow similar attempts to meddle in the process in Georgia and Michigan.

Steve Vladek, a law professor at the University of Texas, tweeted Tuesday that Paxton’s suit is “a new leader in the ‘craziest lawsuit filed to purportedly challenge the election’ category,” and that the Supreme Court “is *never* going to hear this one.” He called the lawsuit “insane,” noted that Texas Solicitor General Kyle Hawkins—the official who would typically argue Texas cases before the Supreme Court—is not listed on the filings, and said that Paxton’s suit is “mostly a stunt—a dangerous, offensive, and wasteful one, but a stunt nonetheless.”

In her statement Tuesday, Nessel said Paxton was putting “loyalty to a person over loyalty to [his] country” and pointed out that the Michigan issues raised by Paxton “have already been thoroughly litigated and roundly rejected in both state and federal courts—by judges appointed from both political parties.”