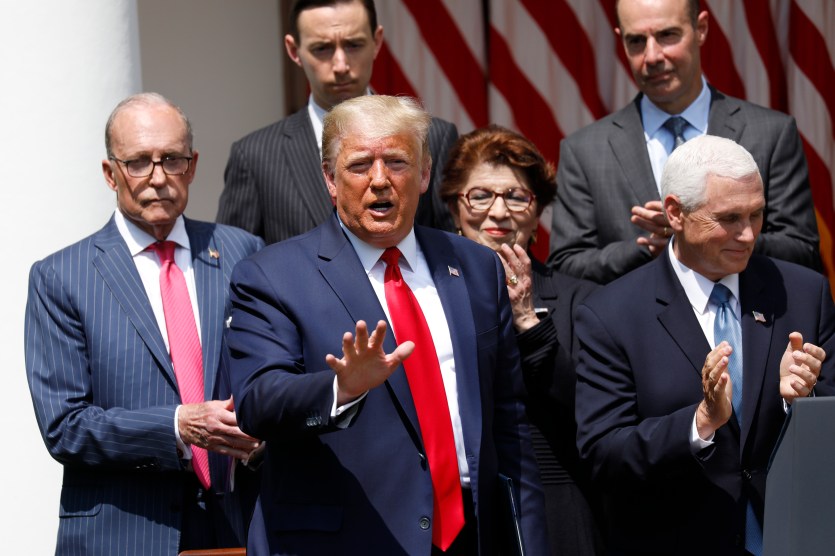 President Donald Trump on Friday was bursting with cheer over the unexpected good news in the latest jobs report, which revealed that the US economy added 2.5 million jobs last month. It’s an encouraging sign, to be sure, but economists warn that the crisis is far from over, as joblessness remains staggeringly high.

Nonetheless, the president seized on the moment to celebrate at a press conference in the Rose Garden, where he reveled in a familiar set of lies, boasts, and conspiracy theories. Trump’s rosy disposition gave little hint that traumatic events, many of them marked by police brutality, have raged across the country since George Floyd was killed by a white police officer.

That didn’t mean that Floyd was entirely absent from his mind, however. Surpassing some of his previous moments of breathtaking insensitivity, here’s what Trump had to say:

President Trump: "Hopefully George is looking down right now and saying this is a great thing that is happening for our country."@MichaelSteele: “It’s not only tone-deaf, it’s borderline blasphemous in light of what happened to Mr. Floyd.” pic.twitter.com/NLb9sPel5D