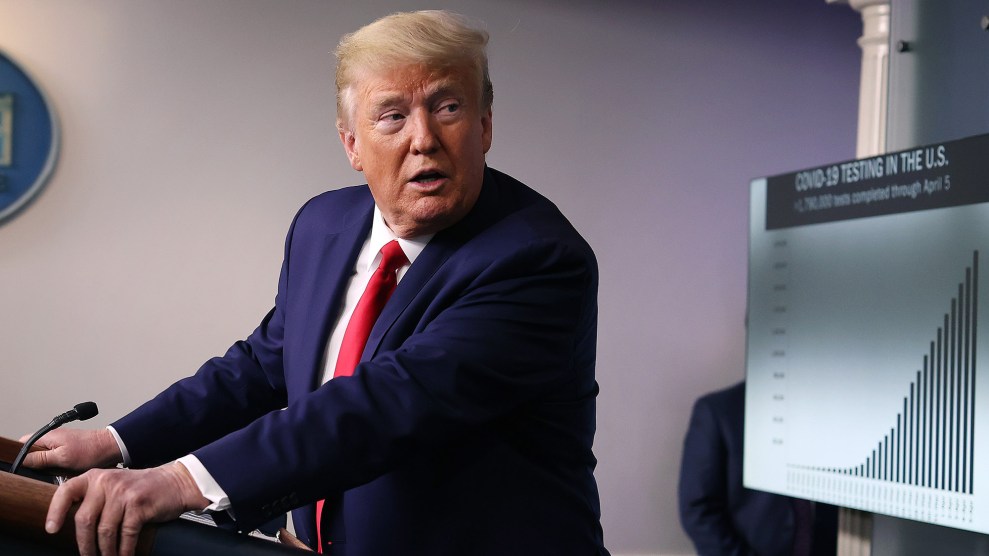 During his daily coronavirus task force briefing on April 6, President Trump tried to push back against reports that COVID-19 tests remain hard to get and that the United States is still lagging behind other countries in testing. “It’s going up at a rapid rate,” he said, referring to the bar chart behind him. “Nobody has done more testing.”

A quick look at the chart suggested that the number of tests being given in the United States has shot up dramatically over the past month—and Trump’s gloss on the numbers implied the same. Yet as cartoonist Ruben Bolling pointed out on his Instagram feed, the chart showed the cumulative number of tests, which obscured whether the number of daily tests is going up rapidly, as Trump had boasted. Bolling helpfully remade the chart to show the less impressive number of tests actually being done day to day:

Daily vs. total COVID-19 tests in the United States

As of April 6, just 0.6 percent of the US population had gotten a coronavirus test. Exactly a month earlier, Trump had gushed, “Anybody that needs a test, gets a test. They’re there. They have the tests. And the tests are beautiful.” Even a big beautiful bar chart can’t bend the curve of the disappointing reality.